We’ve got some VERY exciting news…and it’s another first for DZC! 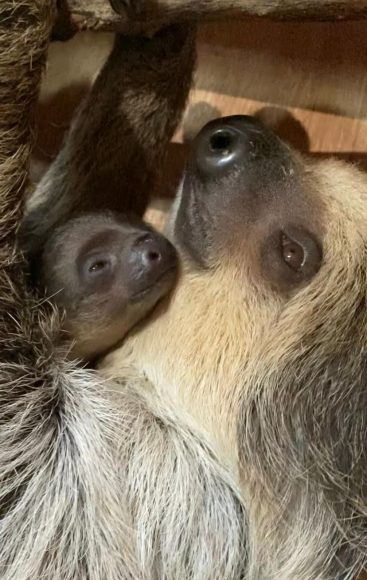 Flo gave birth to her first youngster late afternoon on April 4, with the arrival coming as a surprise to keepers who spotted the baby as they delivered our pair of Linne’s two-toed sloths their supper.

DZC Curator Richard Brown, said: “We’re so thrilled to announce the safe arrival of a baby sloth to Flo and Reggie.

“With all our new arrivals over the last few months, this is certainly turning into a year of firsts for DZC, as it’s our first baby sloth in our 85-year history. 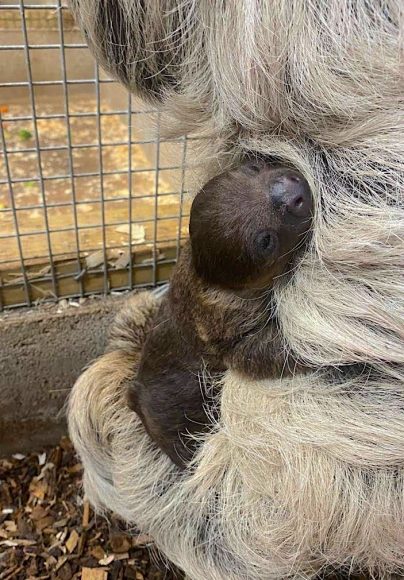 “We know the news will be as exciting for our visitors as it is for our staff as we’re very aware our pair of sloths are our most popular animals on site.

“The baby seems healthy and alert as it snuggles up to mum, who is doing wonderfully and taking first-time motherhood in her stride, while dad, Reggie looks on proudly!” 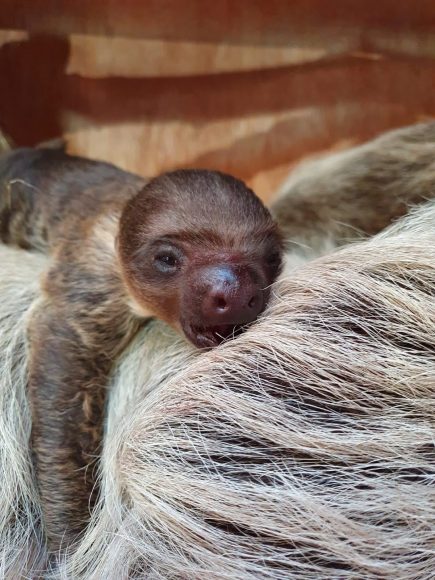 Three-year old mum, Flo, arrived at DZC in August 2020, to join six-year-old male, Reggie as part of a European studbook breeding programme, but during the last few months, keepers began having an inkling Flo was pregnant.

Richard added: “Unlike other species, it was difficult to guess if Flo was pregnant. Gestation is typically around six months long, but over recent weeks keepers began to notice movements in Flo’s stomach and we managed to confirm the pregnancy with a faecal sample.

“It was a lovely surprise for staff to discover the baby, especially as Flo wasn’t showing signs of being in labour during the day. 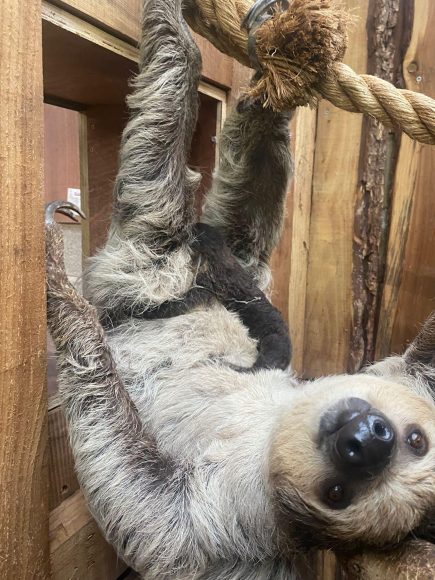 Keepers are currently thinking of names for the newborn and its sex is set to be confirmed in the coming weeks, when its details can then be officially recorded on the global ZIMS (Zoological Information Management System) database, which is an online record of their health, care and wellbeing.

Native to the tropical forests of northern Southern America, this arboreal species is listed as least concern on the IUCN Red List. However, they are decreasing in number, as not only are they losing their habitat, but they’re also vulnerable to predators too.