During a guided tour of the site accompanied by DZG CEO Peter Suddock, and several DZG trustees, Ms King viewed four Tecton buildings which will be restored under the 36-month programme, plus took a ride on the country’s only vintage chairlift (1958) which has just been refurbished using £117,000 of the awarded HL funding.

The Modernist structures  Safari Gift Shop, entrance, Bear Ravine and Kiosk One  are part of the world’s largest single collection of 12 reinforced concrete Tecton buildings, across the 40-acre site, designed by Berthold Lubetkin. 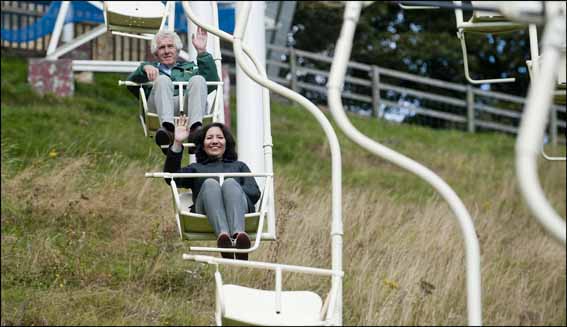 The unique project will also fund an apprentice-training scheme, an on-site exhibition of Lubetkin’s work and an education programme for schools.

Ms King said: “After a fantastic summer celebrating Dudley Zoo’s 75th anniversary and the exceptionally popular newly restored vintage chairlift, we are delighted to see this major part of the project get under way.

“While the zoo is home to some of the rarest animals in the world, it also houses some of the most significant architecture with world monument status in the Tecton buildings. named after the Tecton Group of Modernist architects chosen to design the Zoo in the 1930s, these structures are sure to attract many visitors and get people involved in the architectural heritage of Dudley Zoo as well as the wonderful animal treasures to be enjoyed.”

DZG CEO Peter Suddock said: “This project has been made possible by Heritage Lottery funding and we are immensely grateful that we have been given such an opportunity to work on this incredible collection that is recognised across the globe.   “They will be restored using original techniques and materials; this is the first time this has been done worldwide so it truly is a unique programme.   “It’s very much a bespoke scheme which requires evaluation of the whole structures. We are not simply repairing one section of each building, a series of methods will be employed throughout the course of the project.” 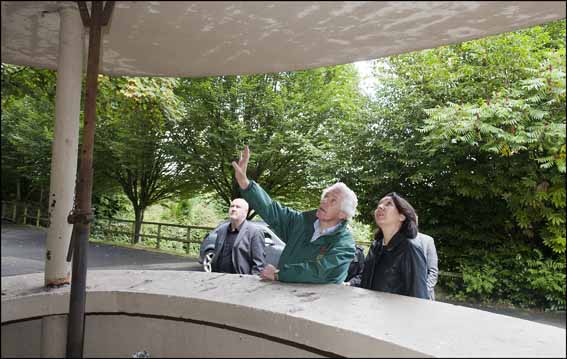 He added: “This knowledge will be shared with others as we progress; 20th Century society will be involved alongside international professional bodies including architects and structural engineers.”   Technical evaluation of the Tectons started this month with on-site work due to commence in September 2013 on the Safari Gift shop. Work will then begin on the entrance with a completion date of spring 2014.

Mr Suddock said: “Concurrent work will then follow at the Bear Ravine and Kiosk One  this will be easier to manage as it is away from main visitor attractions and can be self contained. It will also give the public a fantastic chance to see the work in progress.”   He added: “We are also very excited about the apprentice scheme which offers an opportunity to learn new skills which we understand are very much in demand.   Filed Under: News