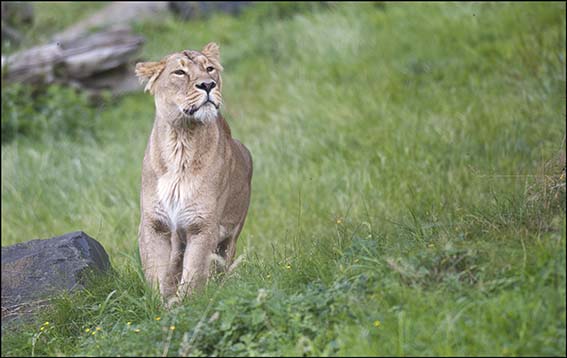 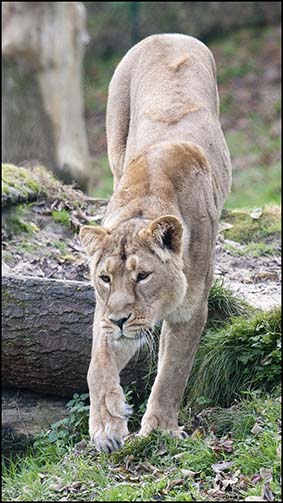 Throughout the day our staff will be focusing on this amazing species and joining in the global campaign to raise awareness of the lion’s plight on Planet Earth.

DZG’s Asiatic lionesses, Kyra and Asha, will be getting extra treats in their one-acre Lion Ridge paddock and lots of lion activities are lined up across our 40-acre site.

Our education team has put up a display in the Discovery Centre about the dangers lions face in the wild and will be showing visitors a range of lion biofacts.

For young lion lovers there will be colouring sheets in the education block as well as a special lion trail.

Presenter Dorrie Hall said: “Youngsters can pick up a trail sheet in our Safari Shop and follow the interactive route around the zoo while completing questions and activities as they go.

“We’ll also be collecting for lion conservation funds so look out for the charity buckets around the zoo.”

There will be lion face painting too and plenty of lion souvenirs on sale in the shop.

DZG is part of a major international conservation programme for the endangered Asiatic lion and works hard to highlight the importance of this worldwide project which is vital for the survival of these magnificent beasts. 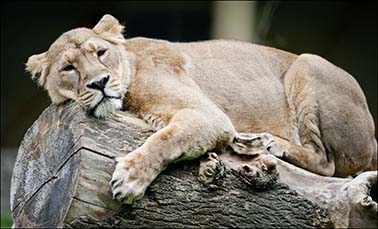 According to www.worldlionday.com – Once found roaming across India and the Middle East, the Asiatic lion population was decimated to just 13 individuals around 1907 following years of persecution by trophy hunters. By 1975, after the banning of hunting, the species was awarded protection and the population rose to a meagre 185 lions. In the last three decades the population has risen from the brink of extinction into a conservation success story to around 411 individuals today. The expansion of the population’s range into the neighbouring Girnar Forest has also increased the lion’s habitat from 1,883km2 to c.10,000km2. Despite a slow, but promising, population increase an estimated 50 lions die annually due to a variety of threats. One tragic cause of death is drowning when lions fall into deep, open-pit wells that are common in the region.

Our lionesses Kyra and Asha – the pride of DZG  are expecting lots of visitors today!

Guarding our temples, adorning our flags, decorating our coins and capturing our hearts, the lion is beyond doubt the world’s most iconic species.  On almost every continent, and in thousands of cultures, the lion can be found demonstrating man’s fascination with this magnificent beast.

Despite the lions’ symbolic importance throughout the ages, today they are suffering from a silent extinction across Africa and India.  Knowledge of the King of Beasts’ plight is little known.

World Lion Day is the first global campaign to celebrate the importance of the lion worldwide. Since the dawn of man the lion has played an integral role in our lives: symbolically, religiously, culturally, economically and biologically. To lose the lion from our world would be to lose part of our global heritage