It’s International Red Panda Day and at DZG it’s all about Yasmin, our gorgeous Tibetan girl! 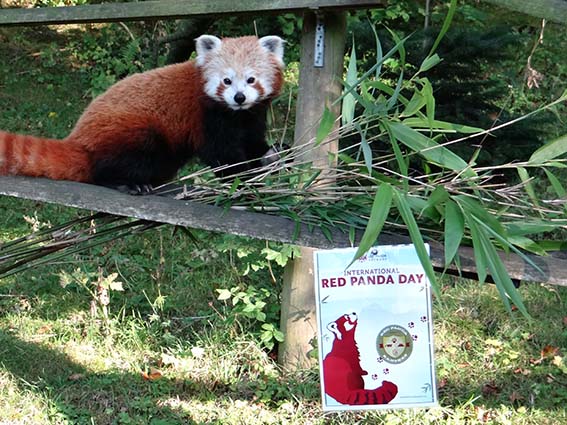 To celebrate the significant day the 11-year-old, pictured above, will be treated to an extra helping of her favourite bamboo at 2.15pm.

And that’s also the time our presenters will give a special talk outside Yasmin’s enclosure to help raise awareness of the vulnerable species.

Red pandas face ongoing threats in their native mountainous forests in the Himalayan region of East India, due to bamboo tree destruction and hunting for their bright red fur.

DZG’s education staff have also put up a display about red pandas in the Discovery Centre and there are red panda colouring sheets for youngsters in there and down on our Farm too. 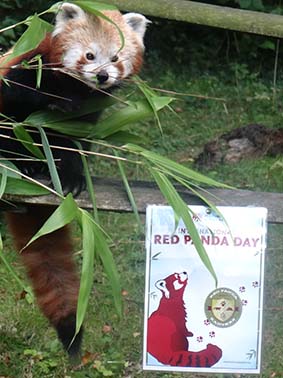 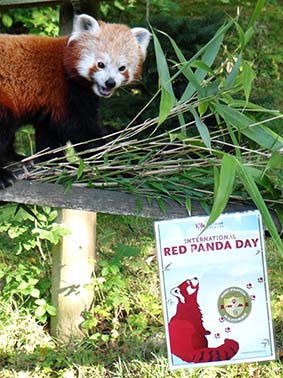 ABOVE – Beautiful Yasmin senses something special is happening today!

Ungulates Section Leader, Jay Haywood, said: “Today is about raising awareness of this species which we’ve successfully bred here at Dudley as part of a major European conservation project.

“Yasmin has had three babies which have all gone off to zoos and nature collections both here and abroad as part of the conservation effort.

“I’m sure she’ll have quite an audience at feeding time today and will definitely enjoy her extra serving of bamboo.” 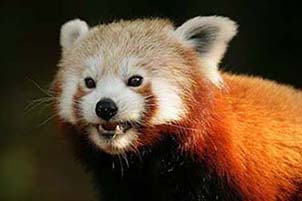 Yasmin mainly eats bamboo, which we now have a good stock of on our 40-acre site thanks to recent donations of the plant’s roots.

She also gets pear, apple and banana, as well as panda cake, which is made using crushed insects and leaves.

Due to her low-calorie diet she spends much of her day sleeping high in the trees in the enclosure, but becomes more active around feeding time.

Yasmin can also be seen from the red panda viewing platform adjacent to the Small Primate House.

Known as the fire fox due to their coat colouring, it’s a common misconception that they are related to raccoons. In fact, red pandas belong to a family of their own – they’re the last members of a very ancient group.

They are shy animals and quite solitary, with adults only coming together to mate. 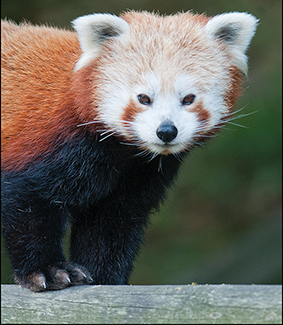 A female red panda can eat approximately 200,000 bamboo leaves in one day

The word ‘Panda’ is the anglicised version of ‘nigalya poonya’, their Nepalese name

The first known written record of the red panda comes from a Chou dynasty scroll from the 13th century!

In the past five years DZG has successfully bred three cubs as part of a major European conservation project for this species, which is ranked as vulnerable on the IUCN red data list.