DZG’s red panda Yasmin had a bunch of surprises for her 10th birthday today  a pile of grapes! 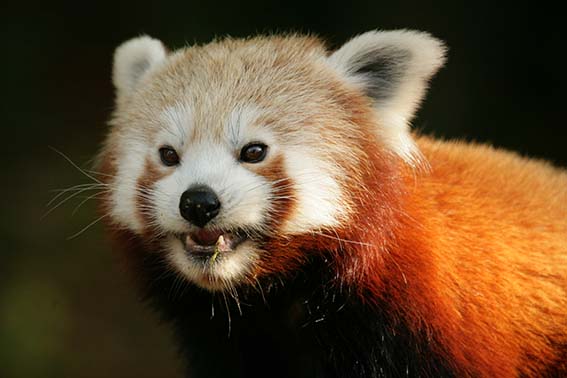 The birthday girl was given the fruit by Keepers as a rare treat to mark her milestone occasion.

DZG’s Head of Ungulates Jay Haywood said: “Yasmin is a real favourite at the zoo and we always try and make an extra special fuss of our animals on their birthdays.

“She doesn’t get grapes very often so she’ll really enjoy this present as she turns 10.”

Despite their name, red pandas are more closely related to raccoons than giant pandas and have been called red cat bear and fire fox due to their appearance.

Red pandas communicate with each other by short whistles and squeaks