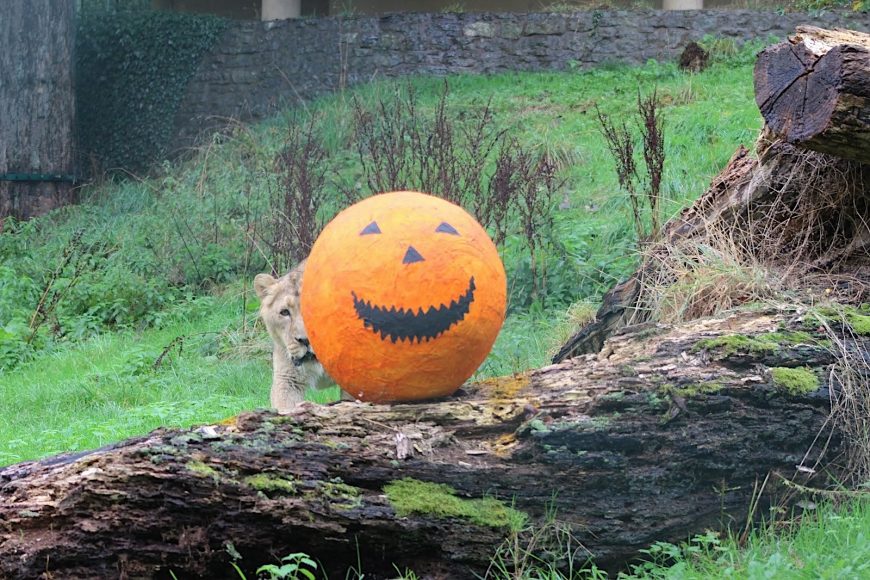 After enjoying an extra hour in bed last night, Asiatic lionesses, Kyra and Asha, were raring to go this morning when they discovered a giant pumpkin in their one-acre paddock. 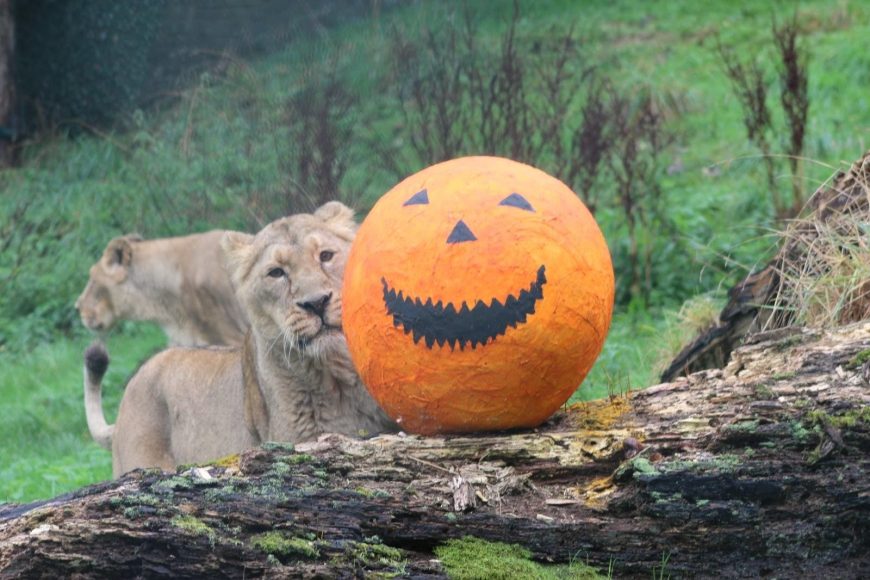 The papier-mâché enrichment was filled with chunks of raw meat, which the girls caught a whiff of as soon as they appeared outside, quickly tracking the scent to the bright orange decoration. 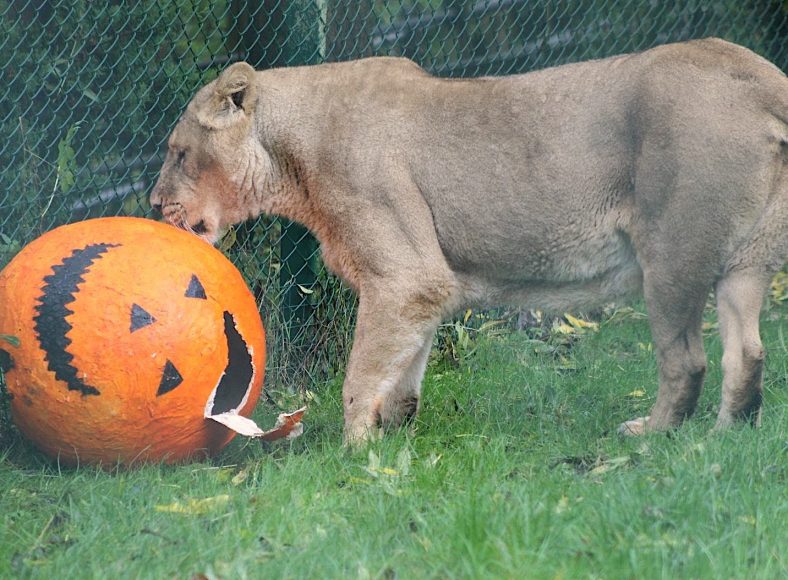 Asha was the first to investigate the pumpkin, which they rolled down the hill to smash open, before Kyra dashed off with the leftovers! 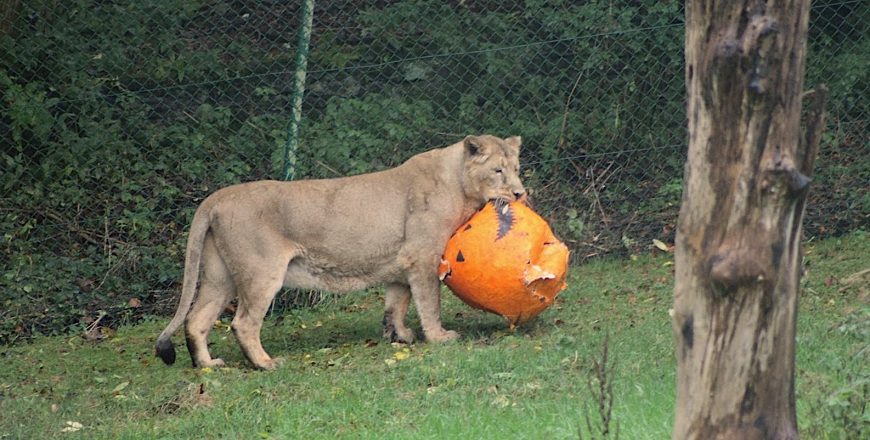 After Senior Keeper Josh made the pumpkin over five days, it took the girls less than five minutes to completely destroy it – but they had a great time doing so! 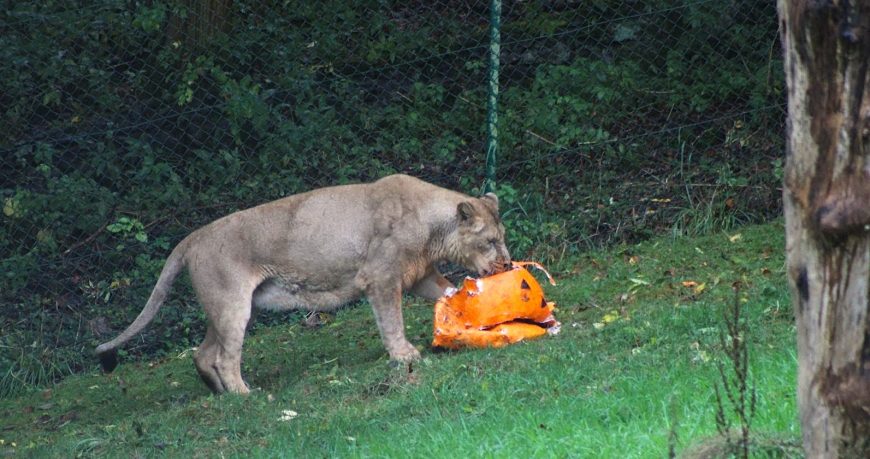 Previous: Trick or treat!
Next: Leaf it out!