Amid great anticipation and excitement, Dudley Zoo opened to the public on May 6, 1937  exactly 75 years ago today. 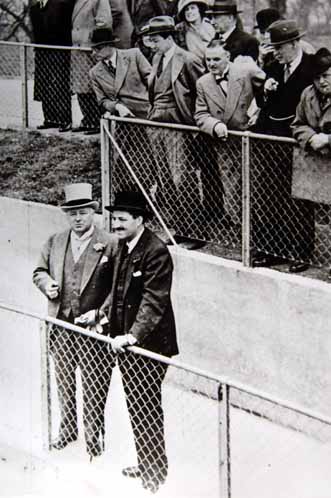 Making headlines across the country, the zoo was a first for the Midlands and heralded “the finest of its kind”, “the most modern in Europe” and “a zoo without bars”, where visitors could see some of the world’s most exotic animals in close proximity and  for the first time  out of cages.    Set in the grounds of Dudley Castle, owner, the third Earl of Dudley, enlisted the help of Russian-born architect Berthold Lubetkin, to build unique Tecton enclosures which blended into the natural features of the hillside, for his exotic menagerie.   Three peacocks were the first animals to arrive on site, sent as gifts by the Duke of Sutherland, while most of the original stock came from the recently-closed Oxford Zoo. Animals were also transported from Hamburg and London and Whipsnade zoos.

They included polar bears, camels, ponies, tigers, penguins, giraffes, sea lions, wolves, lions, zebras, chimpanzees, gorillas, beavers, vultures and even foxes and badgers, as well as a host of reptiles and birds from across every part of the globe.   Two elephants were sent from India, a present from the Maharajah of Mysore, and arrived accompanied by two Indian attendants who remained at the zoo to look after them! 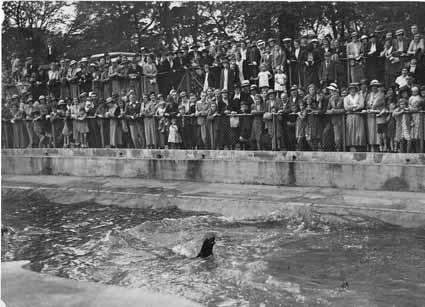 When opening day finally arrived, thousands of eager visitors flocked through the gates for an event which local newspapers claimed would “go down as one of the most important in the history of the borough” and defined the new attraction as a runaway success.    CAPTIONS: Above: Dudley Zoo’s co-founders Edward Marsh (left) and the Earl of Dudley.   LEFT & BELOW: Crowds flock to the sealion pools.   BOTTOM: DZG’s iconic Tecton entrance. 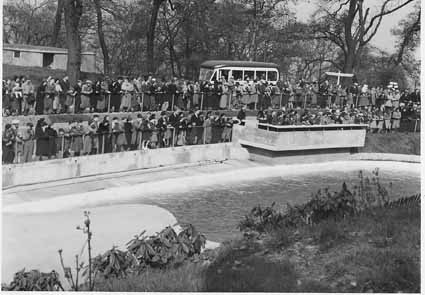 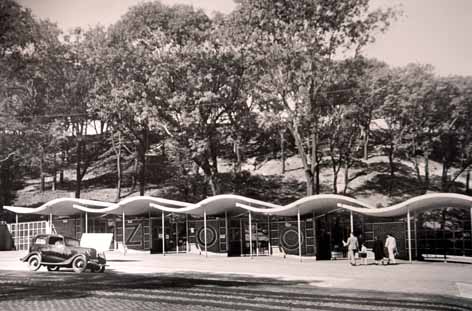 Previous: Great weather for penguins!
Next: Join the Toddle