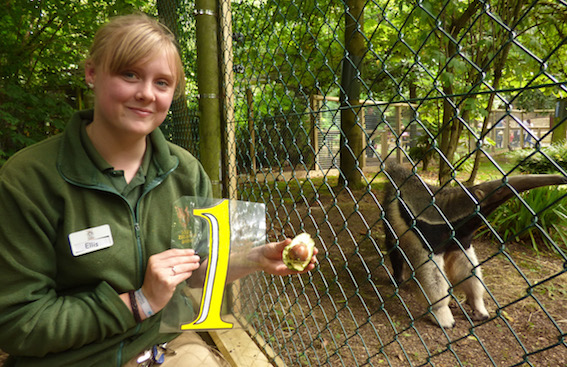 And we’re treating the youngster with some avocado, which keepers have discovered she’s got a particular fondness for!

Apprentice Keeper, Ellis Robinson, pictured above, said: “Romy seems to have settled in quickly and is spending quite a lot of time out and about exploring her new enclosure.

“She seems to have a lovely temperament and will come over to the fence when we’re about.

“But we’ve already discovered she’s very neat and tidy and doesn’t spill any of her food or water indoors and will only go to the toilet outside in a bush, so she’s making our cleaning work very easy.” 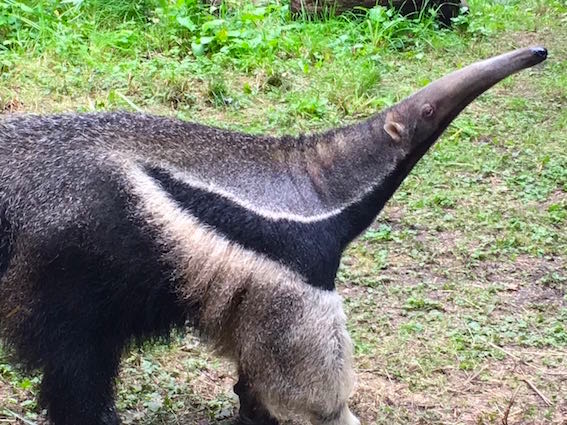 Romy arrived at DZG just under a fortnight ago from the Czech Republic as part of a European Studbook programme and has already made a big impression on staff and keepers who are keen to spot such an unusual species.

We’re hoping she’ll be joined by a male in the coming months.

See footage of her below…

Previous: Sign up for animal adventures!
Next: A roarsome day!