After hanging out with bat conservationists, we’ve discovered up to nine species are roosting in off-show caverns at DZG. 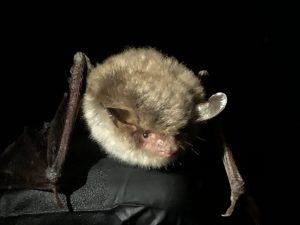 Our Conservation Officer Chris Leeson has been working with members of The Birmingham and Black Country Bat Group, known as Brumbats, in Big Ben cavern (at the back of DZG’s birds section) to monitor our wild bats.

Chris teams up with Brumbats, which holds the licence to be able to carry out this research work with bats, eight times a year – four times in spring and four in autumn – to see what species we have on site and to assess the health of the population.

See our stunning slo-mo video of a bat being released after checks and measurements have been taken. 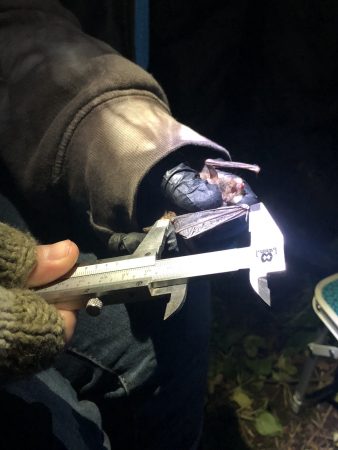 Using specialist detecting equipment, the conservationists have been catching bats, measuring their wings and clipping their hair to get a DNA sample to see if they come across the same bats again.

Results from the bat surveys are being used in a project which one Brumbats member is putting together for a PhD course at the University of Wolverhampton.

Chris said: “The aim of the surveys is to look at how big a bat population we have living here and what types of bats we have.

“By listening to various sound frequencies we can determine which type of bats we have and so far we have evidence of nine species.

“And we’ve found out bats are roosting here over winter, which is very exciting.”

Three of the bats Chris and the group managed to photograph were the brown long-eared bat, the Daubenton’s bat and the Natter’s bat.