Can you hang like an orang? That’s just one of the fun games we have in store this weekend as we gear up for International Orangutan Day. 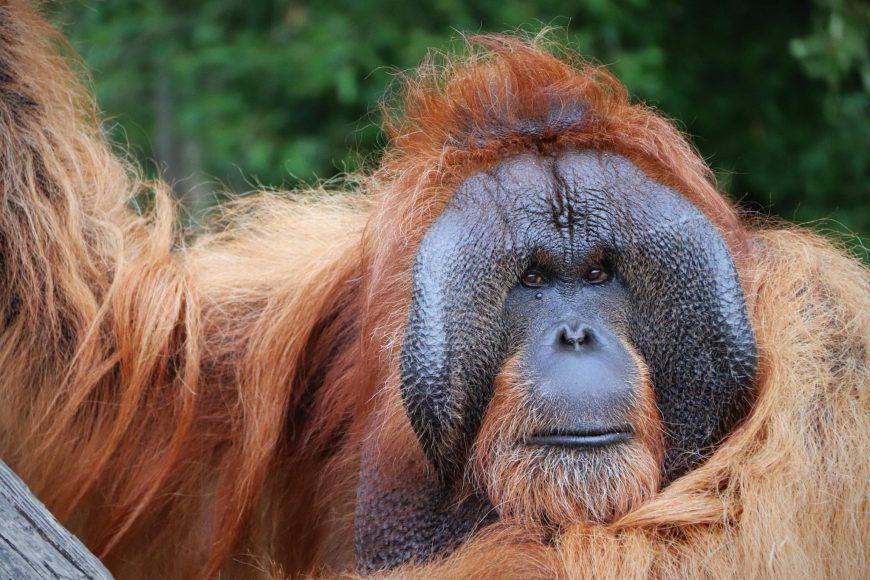 We’ll be highlighting the threats critically endangered Bornean orangs face in the wild and raising funds for a conservation charity and our own appeal to build a new £800,000 exhibit for our loveable four – Benji, Jorong, Jazz and Sprout.

The fun takes place tomorrow and Sunday – International Orangutan Day itself – in the Castle Courtyard when there’s chance to win a cuddly toy orang and an adoption pack for one of our charismatic orangs.

A special frame has been made for the ‘Hang like an Orang’ game which will test visitors’ physical strength and people can also fill pine cones with treats which keepers will throw into the orang enclosure for enrichment.

And there’s talks about how we can help the preserve the species, as experts predict a possible extinction for wild Bornean orangs within the next 20 years.

Conservation Officer Chris Leeson said: “We want to celebrate orangs and talk to our visitors about palm oil and best palm oil practice. Over the last two decades, orangutans have lost more than 80 per cent of their habitat through deforestation, mainly due to palm oil plantations which is an ingredient used in lots of everyday items.

“Illegal poaching, hunting and the pet trade are also major factors for these beautiful great apes.”

All money raised will be split equally between our appeal to create an entirely separate outdoor exhibit for our popular orangs and The Orangutan Appeal UK, a registered charity based in the south of England.

The Appeal is dedicated to the rehabilitation and preservation of orangutans and the conservation of their habitat.

It is also authorised to work on behalf of the famous Sepilok Orangutan Rehabilitation Centre, in the Malaysian Sabah District of North Borneo, which was founded in 1964 to rehabilitate orphan orangutans.

Hope you can join us!