Kidderminster pre-school youngsters had a hand in wishing our giraffe Kubwa a happy 18th birthday today – 22 hands to be precise! 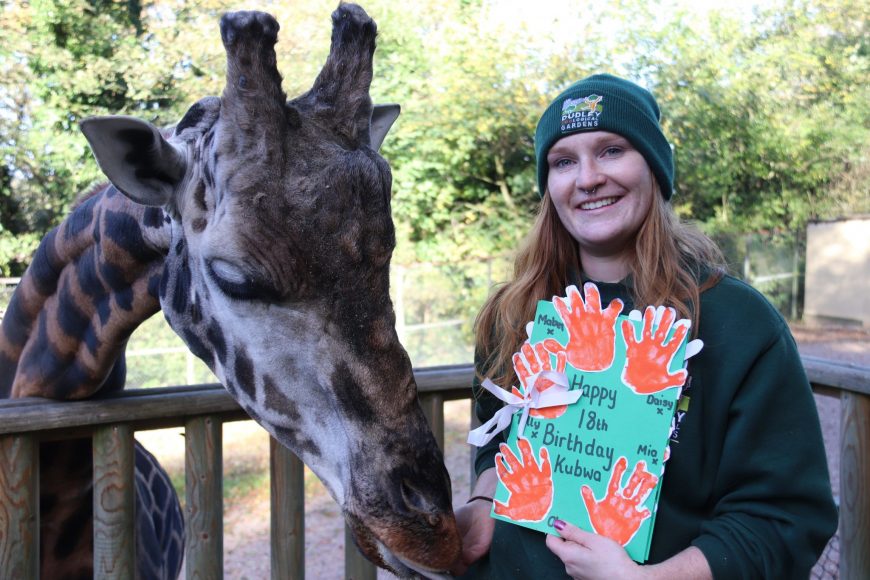 Twenty two little ones from Little Acorns Pre-school in Far Forest added their handprint to a fantastic birthday card for handsome male Kubwa, who the pre-school have adopted.

The children, aged two to five, even have their own cuddly Kubwa they take on adventures and celebrated his birthday with a tea party at the pre-school in New Road.

And Keeper Sally Sheridan, pictured with the card, was making sure the birthday boy had some extra branches to munch on as he marked his milestone anniversary. 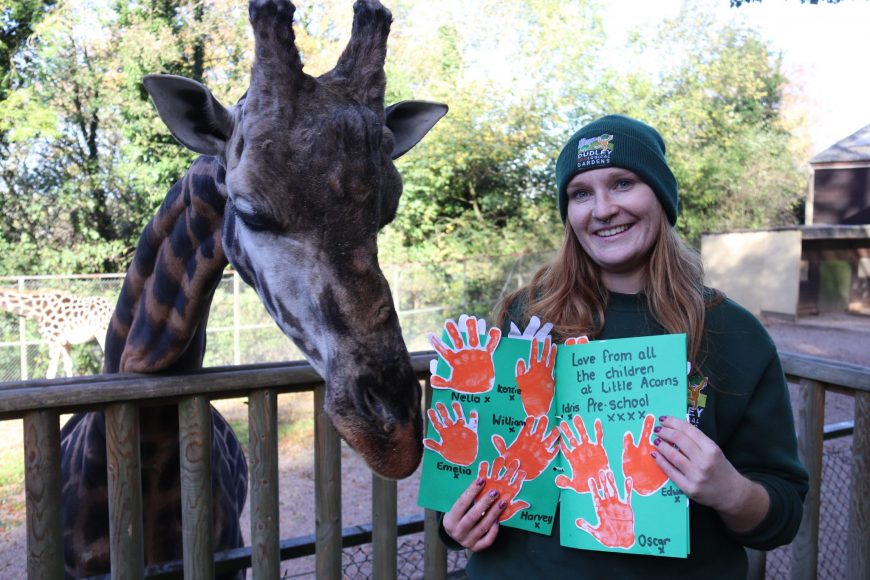 Pre-school Manager Donna Stevens said: “We had a wonderful tea party for Kubwa with a birthday cake and the children were very excited about his big day.

“We adopted him and then met him when we came to the zoo for an under 5s day and have our own cuddly version, also called Kubwa, which the children take on all sorts of amazing adventures.”

Places the toy namesake has visited include Wyre Forest, Yorkshire, a wedding and Walt Disney World in Florida.