Male reindeer, Hail, is looking decidedly sorry for himself at the moment as he sports a single antler. 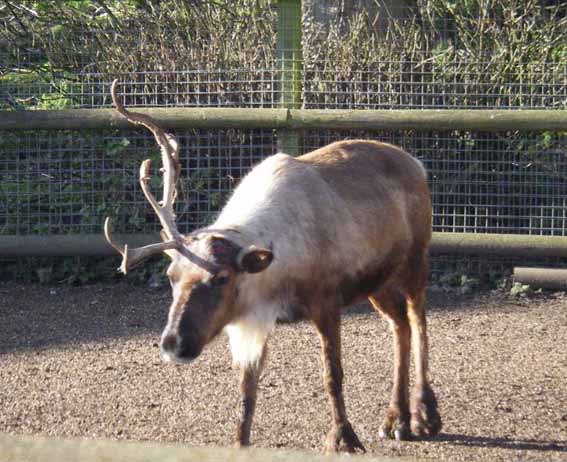 Trainee Keeper, Jo Turner, said: “Hail is the first in the group to start shedding and is looking quite sad at the moment with one antler, hopefully his other will drop relatively soon.”

Male reindeers typically shed their antlers at the start of the year, after using them to fight for dominance during the rutting season in September and October.

Females won’t lose theirs until springtime, as in the wild they would use them to scrape away snow in the winter months in their hunt for food.