Cheeky gulls enjoyed lunch on the wing when they stole sprats intended for Patagonian sealion, Orry, during a poolside talk and feed. 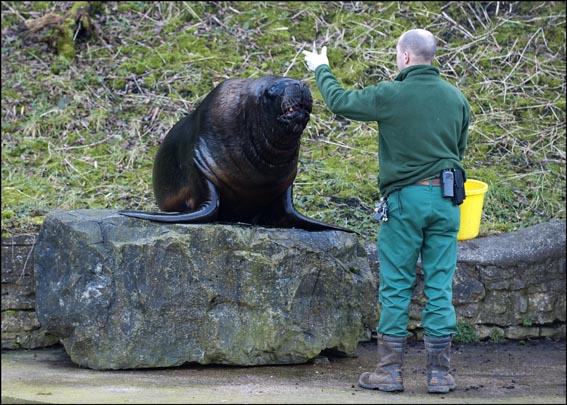 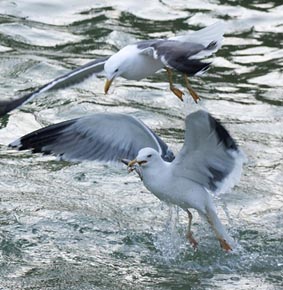 Assistant Curator Richard Brown  pictured above with Orry   was feeding the male sealion when the gulls swooped down and boldly took the fish from his bucket.

In a bid to stop such unruly behaviour, keepers have switched from feeding our sealions sprats to herring.

Keeper Adam Davey, said: “Herring is a larger fish than sprats, making it harder for the seagulls to grab them and at the moment it seems to be working.

“However, the gulls have worked out that sprats are still being used to feed the penguins, so they’ve started to circle that pool now to try their luck there.”

Previous: Conference a huge success
Next: What’s the temperature today?