A group of male guinea pigs has been relocated from the farm barn following a recent baby boom.

Trainee Keeper, Clare Westwood, said: “Over the last few months most of the babies born to our guinea pig mums have been males, with just two female arrivals.” 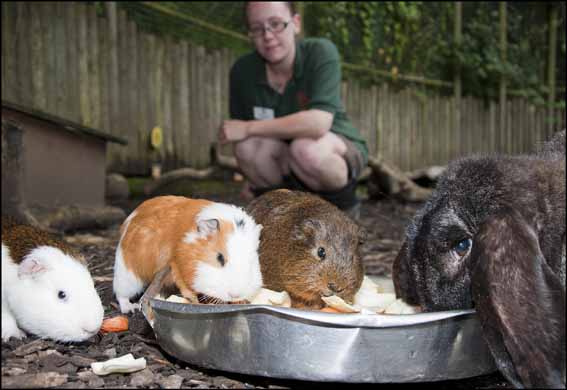 To avoid any in-fighting in their pens, keepers have moved the younger males to join the residents in Rabbit World, alongside the red squirrel enclosure.

Clare  pictured above keeping an eye on the new arrivals  added: “Relocating them to Rabbit World means they have enough space to get away from each other, which they didn’t have in the barn, and the two females have remained with their mums on the farm.”