Sales of Dudley Zoo’s 2015 calendar have raised £700 for a charity which supports tigers in the wild.

DZG has handed the impressive proceeds over to conservation charity 21st Century Tiger after copies of the calendar flew off the shelves and overseas. 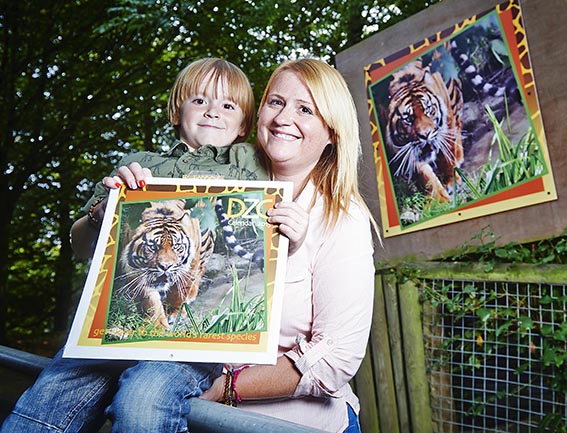 ABOVE: COVER STAR – Donna Lane’s stunning picture of our Sumatran tiger, Joao, made the front cover of DZG’s 2015 calendar

The fundraising calendar featured spectacular photographs of some of the zoo’s favourite species captured by keen amateur photographers. January’s superb shot of our Sumatran tigress Daseep, below left, was taken by member Kathryn Willett. 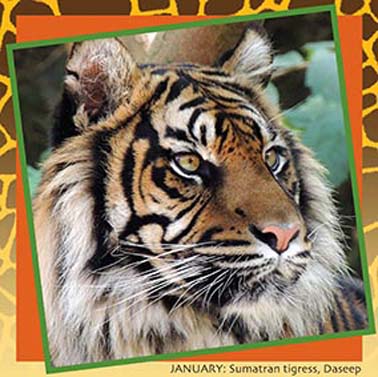 Visitors snapped up the calendar from our Safari Shop, online via ebay, and through the zoo’s landline with staff posting packages to Australia, USA and Germany.

DZG Marketing Manager, Andrea Hales, said: ?”We always make a donation from sales of our calendar to a conservation project and this year’s version, which featured gorgeous shots taken by amateur photographers, has sold particularly well.

“We are delighted to be sending £700 to support critically endangered Sumatran tigers in the wild via the 21stCentury Tiger charity.”

Previous: Such an opportunity!
Next: Flying start for Castle Creatures