We had a grrr-eat weekend raising funds and awareness for tigers as part of our Global Tiger Day celebrations. 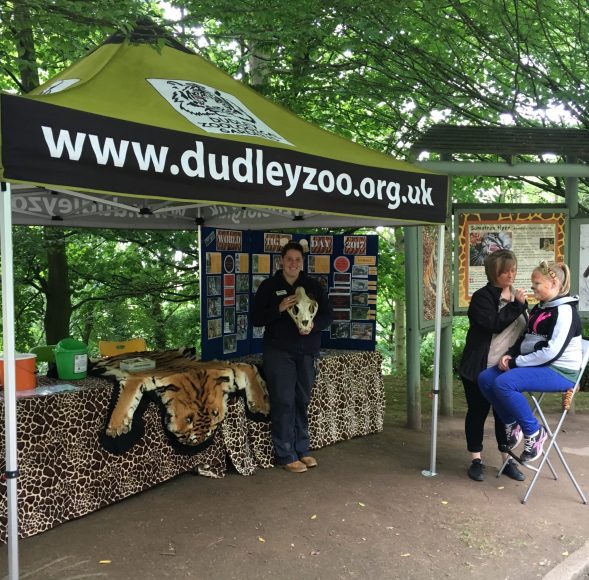 Through a daily meet and greet raffle, tiger face painting and sales of dress-up tiger ears and tails, we raised £549.96 for 21st Century Tiger, which does sterling work supporting conservation projects who are working to eliminate major threats to the big cat species, plus we’ll be adding Saturday’s lorikeet nectar sales to the final total too!

DZG Curator Richard Brown, said: “Our Global Tiger Day celebrations were another success as we raised vital funds for the work of 21st Century Tiger.

“Through talks, biofacts and a manned information stand our staff  were able to spread the important message to visitors about the bleak future of tigers, as we need to take action now to prevent their extinction.” 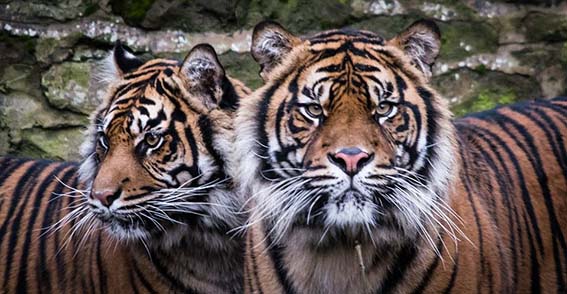 Here at DZG we have critically endangered Sumatran tigers, Daseep and Joao, of which there are less than 400 of their wild counterparts left in the world.

As part of our fundraising we held a daily raffle for the chance to feed our tiger twosome their tea.

Susan and Stuart Low from Buckinghamshire met the pair on Saturday, while Veronika Fabisiak and Eden Garner, visiting from Scotland, won the close encounter on Sunday.

Previous: From sunny Spain to DZG!
Next: Daring dive for orangs