Our first ever Violet Turaco chick is growing quickly and is starting to develop its distinctive colouration. 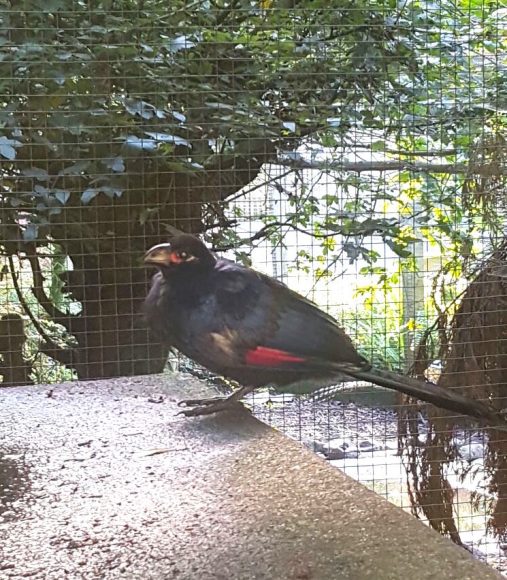 And we’ve discovered it’s a boy!

Birds Section Leader, Nicola Wright, said: “We sexed the juvenile by taking five feathers, which we sent to be DNA tested at a facility in Cornwall.

“He could potentially enter the European studbook managed breeding programme his parents are part of, if any other animal collection needs a male, otherwise he can stay here with his parents.”

The chick hatched on July 1 in the triple aviaries and has already fledged and is now beginning to develop his brightly coloured, waterproof feathers.

Nicola added: “Violet Turacos have a glossy violet plumage with a thick orange bill, yellow forehead and crimson crown and the juvenile is beginning to sport the first of its colouring to its head and red colour in his wings, although he won’t be fully coloured until around a year-old.”

The Violet Turaco is found in the forests of West Africa, from southern Senegambia and Guinea, northern Nigeria and northwest Cameroon, extending south to the coast in Ivory Coast, Ghana and Togo.