Keeper Josh Luxton was a popular choice for this month’s Employee of the Month award after receiving multiple nominations. 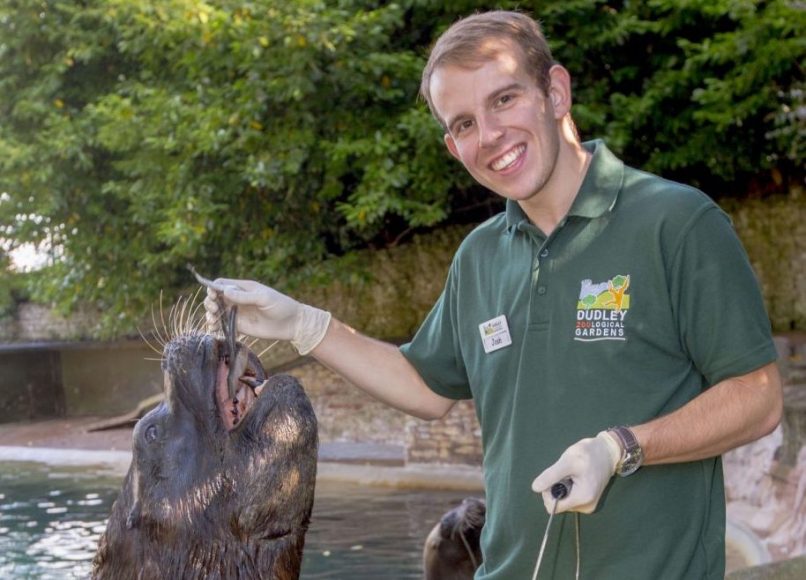 The 24-year-old got great feedback from visitors participating in meet and greet experiences and won praise for helping the media and marketing team promote the zoo. 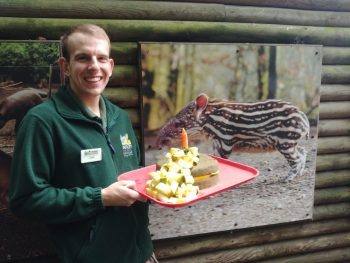 In May, his Facebook Live broadcast to celebrate our young tapir Luna’s first birthday got almost 6,000 views.

Josh, who has worked at DZG for nearly four years, was also commended by DZG Trustee Stephen Woollard who saw him deliver a talk on animal training at a recent conference at Longleat. 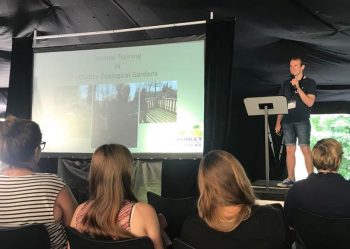 Zoo Manager Matt Lewis said: “Josh is always keen to provide stories about our animals for our website and has received some very positive feedback from people who have enjoyed our close encounter packages.

“He’s a much valued member of the team and fully deserves this title.”

Josh said: “I’m thrilled to have been recognised and nominated for this month’s award. It’s a total shock but I really do appreciate it.”

Josh received a certificate and gift voucher, as did Customer Services Team Member Paige Westbury and Senior Keeper Adam Walker who were recognised for notable achievement.

Previous: Snapping up cards
Next: A flying visit!