It’s Red Squirrel Week and we’ve introduced two new girls to DZG in the hope of helping save this native species from the brink of extinction. 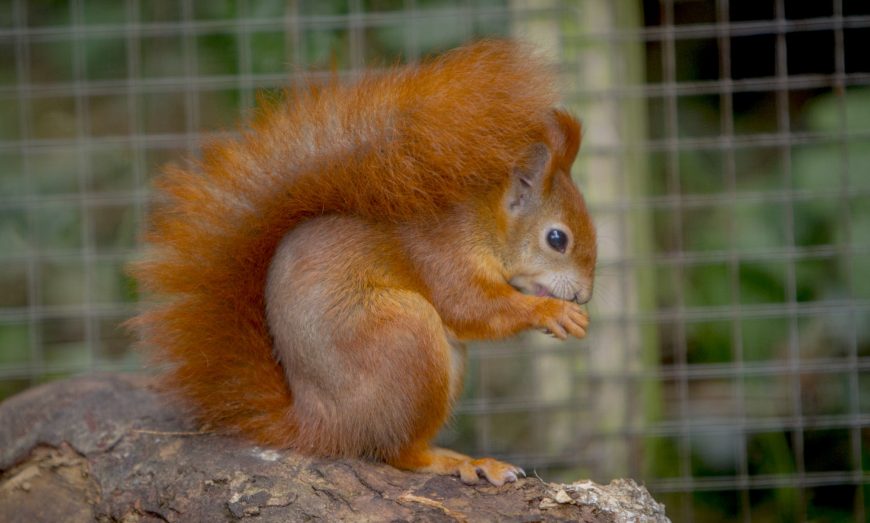 Once a common sight across the UK, red squirrels have seen a rapid decline over the last 60 years, with many driven out of their coniferous habitats by destruction and the competitive nature of the larger grey squirrel for food.

Here at DZG we’ve been part of a captive breeding programme for red squirrels since 1996 and in the past have even released youngsters into specific squirrel refuges in the hope of boosting numbers.

And we’re hoping to have similar success following the arrival of two new females who have joined our collection from Drayton Manor and Welsh Mountain Zoo to form breeding pairs with our resident males.

Conservation Officer Chris Leeson, said: “Red squirrels are naturally found across most of Europe and into northern Asia and Siberia, but here in the UK there are estimated to only be around 120,000 left and the majority of these are found in Scotland with just a handful of refuges left in the UK. 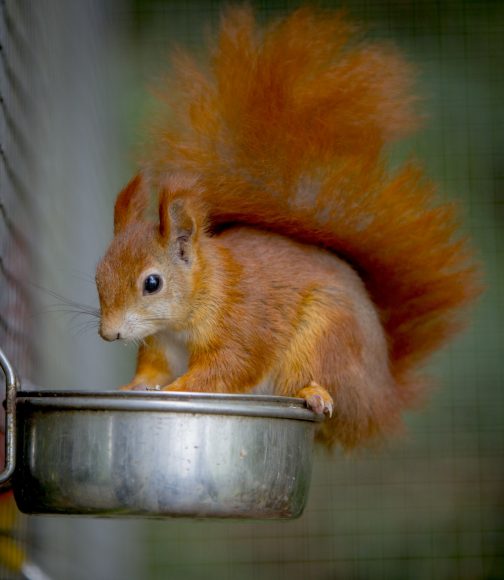 programmes like the one we’re involved in are vital to the species survival.”

Red Squirrel Week, which runs from September 26 – October 2, aims to raise awareness of the continued plight of this native species.

Don’t forget to spot our stunning squirrels on the lower zoo site opposite the chimpanzee paddock.