The grand opening of the £250,000 exhibit – featuring bats and other live animals in the 11th century Castle – will take place on Saturday, May 16th at 12 noon. 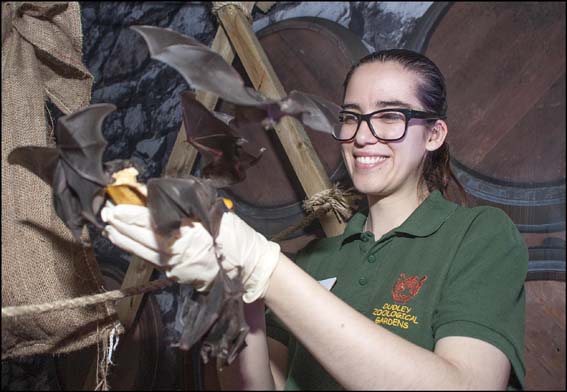 ABOVE: Trainee keeper Cara Sheldon is loving working with our Castle creatures

Representative of both the National Bat Conservation Trust and local group BrumBats, Lisa Worledge, will perform the ribbon-cutting ceremony to officially unveil the popular exhibit.

And Zoo Director Derek Grove will present members of BrumBats – also known as the Birmingham and Black Country Bat Group – with a £500 donation to support their volunteer work in bat conservation.

He said: “BrumBats helped provide information for the bat signage inside the exhibit and this official opening is the start of a collaboration between the zoo and a local conservation organisation. 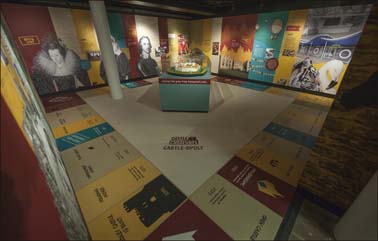 “We are very proud of Castle Creatures which offers an authentic experience for visitors of all ages.”

Castle Creatures (pictured left) tells the story of the Earl of Dudley’s family and explains the history of the Castle.

It also houses a series of animal exhibits showing how medieval folk lived in close proximity with species, such as rats and bats, as part of everyday life.

And there’s fun and informative games too!

Inside a Gene Splicer (shown below) allows visitors to create their own animals from a gene pool on a unique interactive screen, plus there’s a huge board game telling the story of thriving animals and those facing extinction in the modern world. 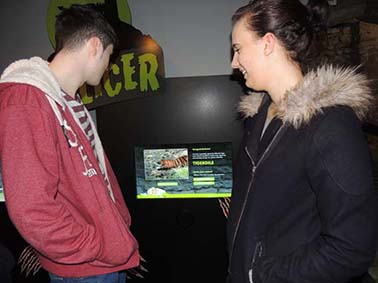 Castle Creatures, which opened to visitors on April 30th and took six months to develop, was supported by the European Regional Development Fund.

During the official opening day there will be chance to learn more about BrumBats and youngsters can take part in bat craft activities.

There will also an appearance by Lou, our giant bat character, and a large bat-shaped cake will be shared out with zoo visitors at the Castle Creatures event.

JOIN US AT 12 NOON NEXT SATURDAY!

DZG Trainee Keeper Cara Sheldon, who looks after Castle Creatures and works closely with the bats, feeds them fruit four times a day. 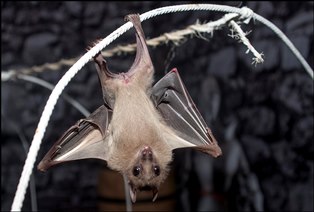 She varies the feeding times and methods including putting diced fruit on feeding stations and stringing up pieces of fruit to get the bats to exercise their leg muscles.

She said: “I’m absolutely loving working in Castle Creatures and the bats are fascinating.

“I try to vary the times I feed them so they are not expecting it but I do give them a banana each day at 2.30pm, which many of the bats dive on straightaway.

“To see around 40 bats swoop down on to the fruit at the same time is incredible.”

CASTLE CREATURES GRAND OPENING – We’d love you to join us!