We’re continuing our April ape awareness and for the final week of the month we showcase one of our most popular species at DZG  Bornean orang utans. 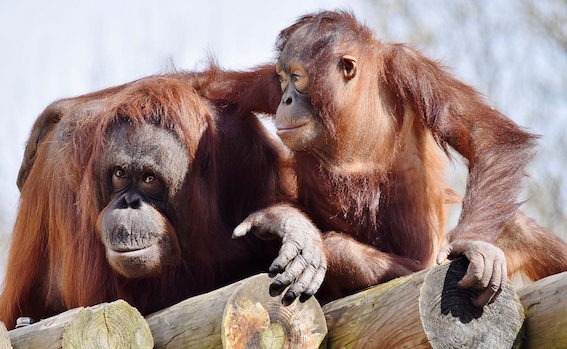 Translated in the Malay language to ‘man of the forest’  orang utans are the most arboreal, or tree dwelling, of the great apes and spend nearly their entire lives in trees swinging in tree tops and building nests for sleep.

Endangered in their native Bornean rainforests, the orang population has decreased by 50 per cent in the last sixty years and the species’ habitat has been reduced by at least 55 per cent over the past 20 years. 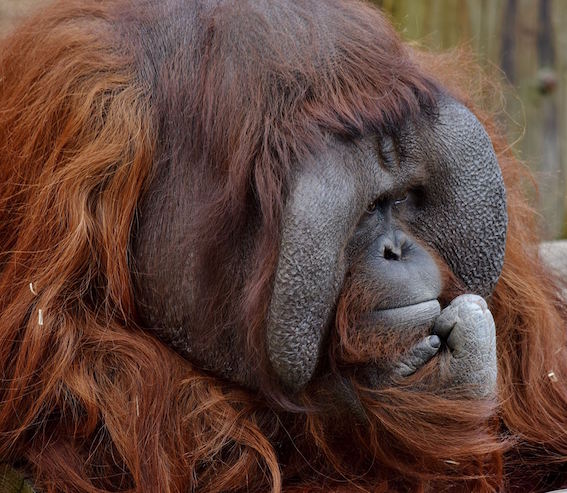 These days it is thought there are only approximately 41,000 in the wild, while their Sumatran cousins, who are listed as critically endangered, are estimated to have a population of just 7,500.

Threats include poaching  particularly in the trade of illegally-captured babies, logging, forest fires and habitat destruction for palm oil plantations.

If we don’t play our part by raising awareness of their plight and work to save the incredible species, then orangs could face extinction in the wild within the next 20 years. 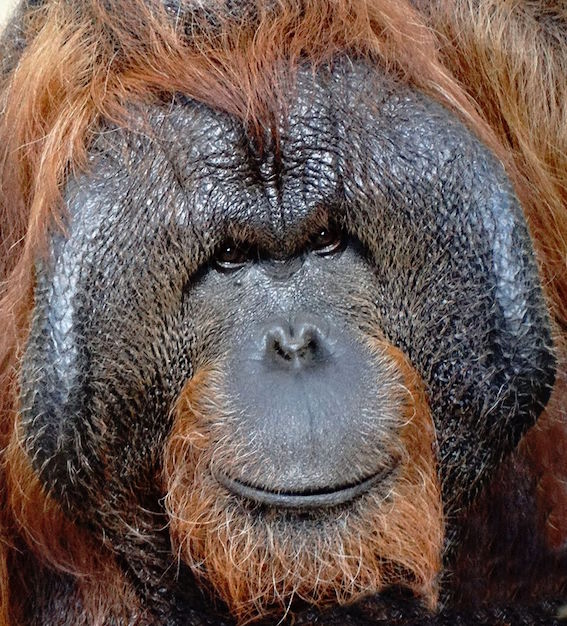 Here at DZG we have four orangs  38 year-old Benji, 21 year-old Jorong, 24 year-old Jazz and five year-old Sprout, who all remain firm favourites with visitors with their playful antics.

Thanks to Karen Edwards and Sam Weaver for the above photos of our loveable quartet!

It is the only great ape to be found in Asia

Orang utans are distinguished by their long, muscular arms and gripping hands and feet which allow the world’s largest tree-dwelling mammal to sway branch to branch.

Sumatrans have longer facial hair and have closer social bonds.

Orangs stay with their mothers for up to eight years, which is longer than any other great ape. 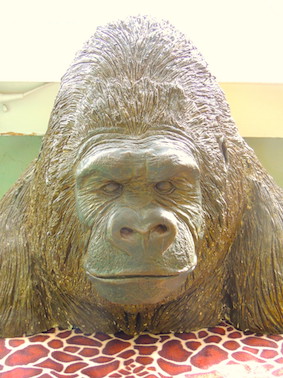 But we can’t go ape during April without mentioning Bonzo

Bonzo was the last Western lowland gorilla to live at DZG.

He arrived on May 15 1962 from Copenhagen with the name Bukhama’, but quickly became known by his nickname.

Bonzo was very popular with visitors, despite his uncouth habit for throwing his poo at people!

After his death an impression of his face was taken which allowed the sculpture to be made  it can still be seen in the Discovery Centre.

Like humans, gorillas reproduce slowly, giving birth to only one baby at a time and then raising that infant for several years before giving birth again. This slow reproduction rate makes gorillas especially vulnerable to any population declines.

Other debilitating factors for the species include habitat destruction across their central African range, bushmeat trade, the Ebola disease and weak law enforcement for poachers.

Previous: Babes in the wood
Next: One-sie week to go!