We’re going ape throughout April to raise awareness of apes, both great and small.

Over the next few weeks we’ll be focusing on DZG’s ape residents and hopefully inspiring visitors to do what they can to help our closest living relatives.

This week we’re concentrating on chimpanzees ( Pan troglodytes)   the one species us humans share about 98 percent of our DNA with.

Here at DZG we have seven girls  captured together by Vickie Fellows in the photo above!

There’s matriarch Fanny and her daughter Malaika, Mandy and her sister Barbie. 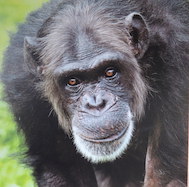 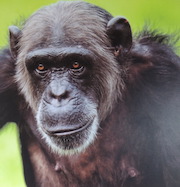 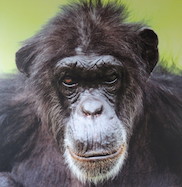 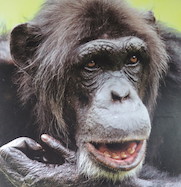 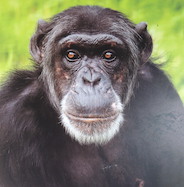 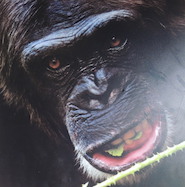 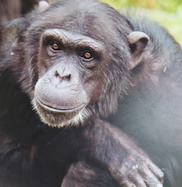 Native to the African rainforests, chimpanzees are classed as an endangered species, with major threats including habitat destruction. Poaching for bushmeat and the pet trade also contributes to their decline in numbers.

Section Leader, Nicola Wright, has been working with DZG’s chimps for four years.

Nicola said: “I love working with them. They’re so unpredictable, you can give them puzzles and they’ll either solve it, break it or change it in a way that leaves us puzzled!”

Chimpanzees are also one of the few members of the animal kingdom who regularly fashion tools from objects in their environment  making leaf sponges, using twigs to probe for ants and termites, stones and branches as hammers and anvils or as weapons. 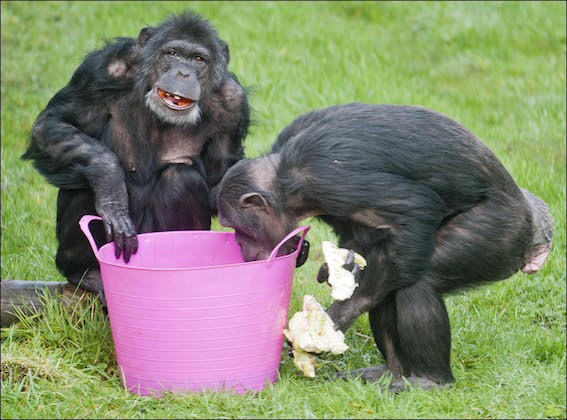 Here at DZG, keepers regularly provide enrichment to keep the girls on their toes including hiding food in plastic barrels out in their one-acre paddock, giving them sheets and pillowcases to make-up games with and even blowing bubbles into their enclosure for the girls to pop!

The talented staff also whip up tasty meals for the chimps on special occasions  including vegetarian spaghetti bolognese and primate-friendly cakes whenever there’s a birthday to celebrate!

Nicola added: “They’re clever, amazing creatures, as well as being manipulative and conniving.

“It’s definitely a case of the longer you spend with them the more you appreciate what they’re doing and discover the group politics and hierarchy.”

Come and discover more about our chimps at 3.15pm at their outdoor viewing area.