Dean Wood, from Walsall, enlisted the help of DZG to pop the question on his 24th birthday in an unforgettable way to giraffe-mad girlfriend, Katherine Spooner. 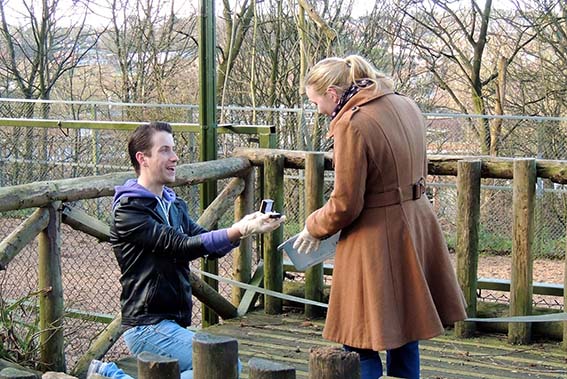 Staff organised for the couple to join Presenter Langan Turner on the feeding platform in an exclusive meet and greet with giraffes Kubwa, Josie and Mia and while an unsuspecting Katherine was feeding her favourite animal, Dean dropped to one knee and pulled out a sparkling ring! 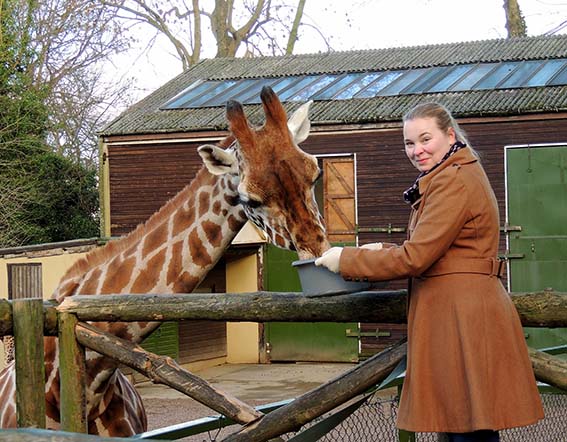 Katherine, also 24, said: “I didn’t expect a proposal at all. I had no idea any of this was happening, I just thought we were having a day at the zoo with Dean’s parents, as it was his birthday.

“I love giraffes and didn’t think I’d ever get the chance to feed them, so that was a huge surprise in itself. It is the closest I’ve ever been to them and I couldn’t believe how strong they are. 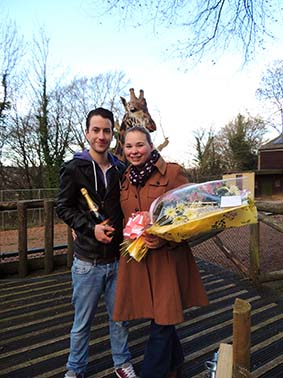 “Then I turned around and Dean was on his knee with a ring. I was totally shocked.”

Dean said: “I knew giraffes had to be involved in the proposal in some way for it to be perfect. I wanted to make sure she was totally surprised and, thankfully, she was.”

The old school friends, who have been together for eight years, were presented with a bouquet of flowers and a bottle of bubbly and are now looking forward to planning their big day.

DZG Press Officer, Rachel Hickman, said: “Katherine’s face was a picture when she realised what was happening and we’re delighted we were able to play a part in their special day.

“We wish them both well for their future together and look forward to welcoming them to DZG again soon.”