There’s another new animal to add to Santa’s Christmas list as the first of our beautiful giant flower beetles have emerged from their cocoons. 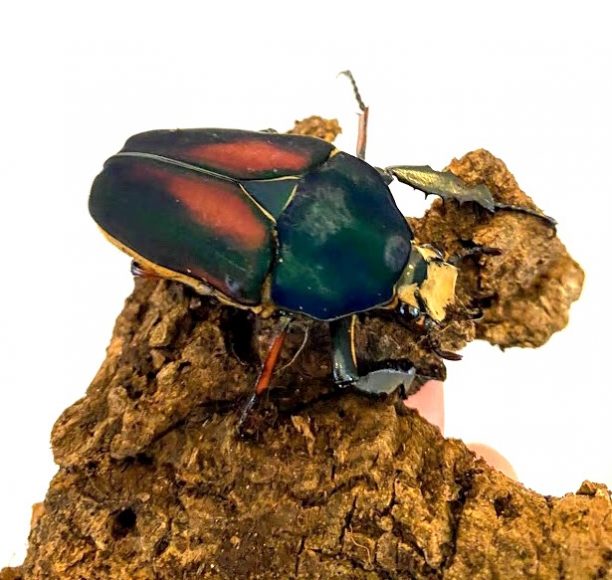 Back in the summer we posted how keepers were caring for a number of larvae, weighing them regularly as they prepared to pupate into pupal cells, formed from the mulch material around them in their specific living conditions.

The pupa remain inside the casks for around seven weeks as they transform into colourful adults.

Conservation Officer Chris Leeson said: “We have had two adult giant flower beetles emerge at the moment and they’re really stunning. Luckily they’re a male and a female, so we’ll be putting them together so they can hopefully start the lifecycle all over again.”

Adults only live for around six months and measure 5cm in length, with males sporting an antler on their head, which the female lacks.

The species, which originates from Africa, can take on different colours as beetles, but both of ours are the same colour.

The beetles will relocate to Castle Creatures following the Winter Wonderland grotto.