Look who dropped by to promote our panto partnership  it’s Dame Trott, aka Nigel Ellacott! 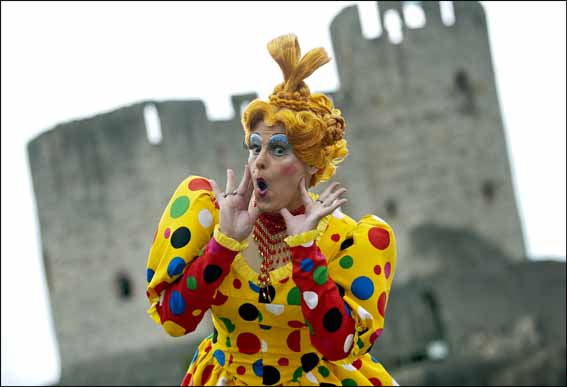 DZG is sponsoring the dress rehearsal of Jack and The Beanstalk at The Grand Theatre in Wolverhampton  and we’ve got more than a thousand tickets to give away for the December 7 panto date!

DZG CEO Peter Suddock, said: “We are delighted to be teaming up with a premier theatre that’s on our doorstep and hope everyone will enjoy Jack and The Beanstalk at The Grand  particularly those who join us at the dress rehearsal  and then book into Santa’s Jack and The Beanstalk-themed grotto at DZG.”   We’re looking for community groups, schools, charities and local organisations who would like to join us at the dress rehearsal on December 7 at The Grand, in Wolverhampton.

If you think YOU?or someone you know is eligible please get in touch.

Contact julia.marketing@dudleyzoo.org.uk  we have more than a thousand tickets to give away!!

DZG’s Santa’s Grotto runs from December 5 to Christmas Eve and includes a magical train ride and show, plus a chance to see some of the rarest animals in the world  including meeting live reindeer in the courtyard of the 11th century Dudley Castle.    Jack and The Beanstalk at The Grand runs from December 8 to January 20. For more details visitwww.grandtheatre.co.uk or call the box office on 01902 429212.

Previous: Such a cutie!
Next: Fran celebrates big birthday