With just days to go before his second birthday Sumatran tiger, Joao, has revealed himself to be a gentle giant since translocating from Krefeld Zoo, in Germany. 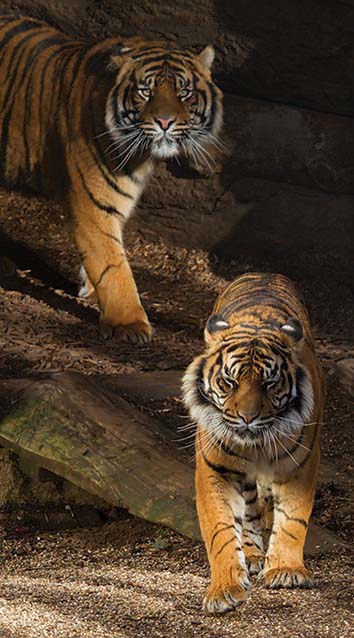 And big cat keepers couldn’t be happier with the handsome tiger’s progress.

CEO, Peter Suddock, said: “Joao has settled well and his integration with Daseep could not have gone better.

“Pairing at such a young age allows them to grow together and form a strong bond; it is a very important conservation project.”   Joao already dwarfs three-year-old Daseep, ranked as the world’s second most important female in the Sumatran gene pool, yet despite his impressive stature he remains mild-mannered towards his new friend.   Peter added: “He’s a gentle giant. He’s just as playful as Daseep, but is very respectful towards her.”   The young male also loves his food and every other day gets eight kilos of beef, chicken or rabbit which will be increased as he grows.   Alongside a change of environment since his November translocation Joao has new routines, including meeting Keeper for a Day visitors.   Peter said: “Joao is still adapting to his new home and getting used to keepers, but he likes meeting people and always appears when staff take visitors to the tiger den.   “He has secured a favourite spot by the den’s viewing panel and members of the public just love him.”   He added: “Joao’s a stunning tiger, and we are very proud to have him here at DZG.” 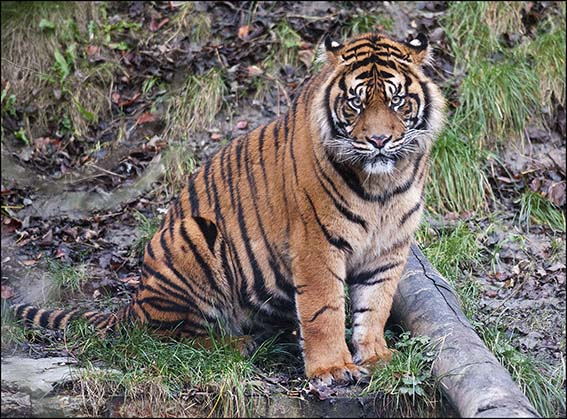