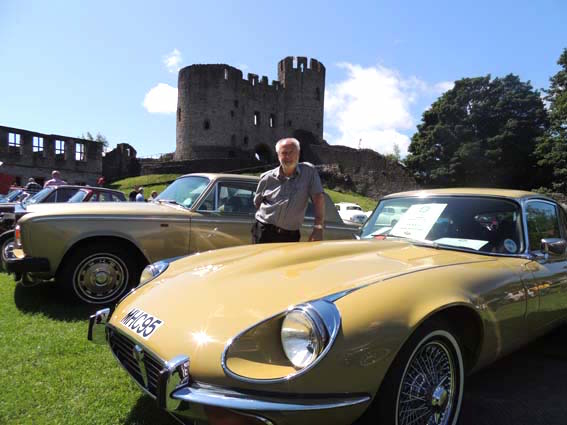 For the 28th year running, the castle courtyard in the heart of the zoological gardens is set to be filled with around 100 vintage vehicles on Sunday, July 24.

Organiser Maurice Cole, pictured above, who is bringing five of his own classic cars, said: “This car show is always the highlight of our year, it’s a great atmosphere and it’s lovely to speak to so many people who are interested in our cars.”

A couple from Ripon in North Yorkshire are also making the journey to the zoo in their Triumph Stag especially for the event.

DZG Marketing Manager, Andrea Hales, said: “We always look forward to welcoming the club members and their cars to the zoo year-on-year and the gleaming vehicles look fantastic with the castle’s backdrop.

“We hope many people turn out to see the cars for themselves, while also stopping to meet some of the world’s rarest animals during their day out too.”

The West Midlands Classic Car Club was founded in 1978 and has more than 100 members from across the country, with the furthest living in Cornwall.

Previous: Double figure day out!
Next: Gawa’s out and about!