Today’s Australia Day and we’re throwing the spotlight on DZG’s residents from Down Under. 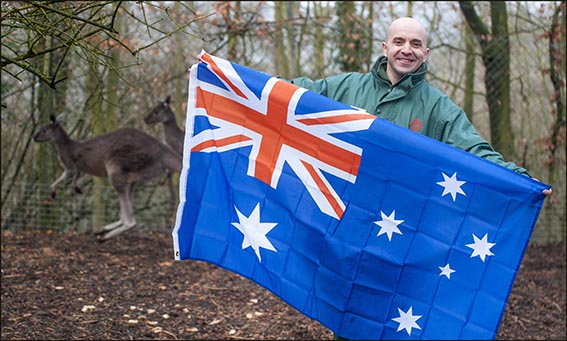 Kangaroos, wallabies and kookaburras are among the most well-known of the animals from Oz, but we also  hold bearded dragon, blue-tongued skink, carpet pythons and chestnut teal within our collection.

Presenter Pam Midwood, pictured below with Adelaide the kookaburra, said: “We have a vast variety of native Australian species here at DZG, including a few that you may not have considered to even be Australian, next time you’re on site see if you can find them all.” 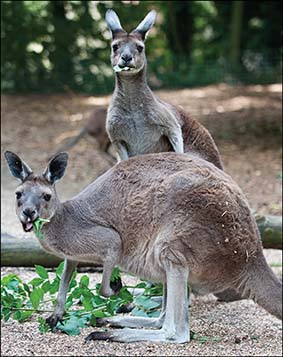 Probably the most iconic Australian animal is the kangaroo. We have two male Western Grey kangaroos at DZG; much larger than females they can reach up to 225cm tall  they are also known for their distinct strong curry-like smell, so take a sniff at their enclosure! 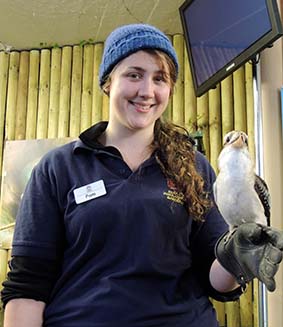 Also popular is the laughing kookaburra. The bird is the largest member of the kingfisher family and is found in Australian forests, woods, gardens and towns.

Kookaburras are known for their raucous laughter-like kook-kook-kook-ka-ka-ka’ sounding call, which they use to establish territory in family groups .One bird will start with a low chuckle, before several others join in, which then entices neighbouring groups to start up, before the whole area is full of the cackling laughter sound.

Come and meet Adelaide and find out more about kookaburras in our daily show in the Go Wild! Theatre at 2.15pm.

Parma wallabies are the smallest of all the wallaby species, and usually found in the woodlands, forest edges andscrubland where they eat grasses and leaves.

Did you know that all marsupial babies are born undeveloped and around the size of a kidney bean after 30 days.

Shortly before giving birth females lick a line of fur on her stomach, which the newborn climbs up as soon as it’s born, making its way into her pouch, where it latches onto a teat and continues to develop for the next few months. 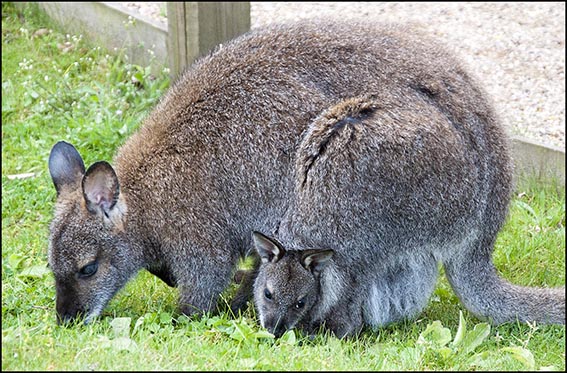 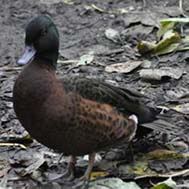 The chestnut teal is an Australian dabbling duck which inhabits coastal wetlands and estuaries. They form monogamous pairs which stay together outside of the breeding season. 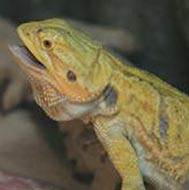 So called because anger or excitement causes the creature to puff out its throat, prompting a ‘beard’ of scales around its neck.

The species will run on their hind legs to