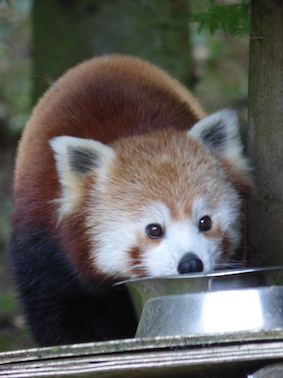 Gorgeous Gawa was so excited at meeting our resident red panda, Yasmin, for the first time this afternoon he fell out of a tree!

But rest assured he’s okay and was straight up and off exploring the rest of his hillside enclosure after keepers moved the one year-old into his new home.

Section Leader, Jay Haywood, said: “Gawa has been off show for the last week since he arrived at DZG from Rotterdam Zoo.

“We introduced him to Yasmin this afternoon and they came face-to-face in a tree, which I think was a surprise to both of them!

“But the initial introduction couldn’t have gone better and Gawa is continuing to explore the enclosure, scurrying up every tree and running across his climbing frame to eat pieces of apple, which we’ve discovered seems to be his favourite food.

“We’re delighted with how soon he’s settled in. He’s got a lovely character and I’m sure he’ll be great company for Yasmin.” 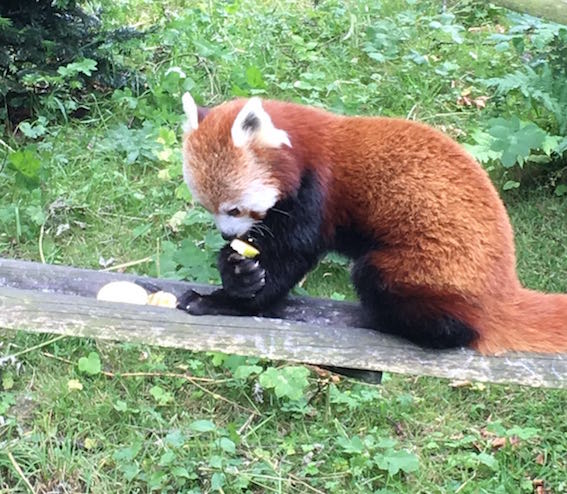 Previous: Gearing up for classic cars
Next: New arrivals at DZG!