A group of sporty DZG staff have donated £113 to The Snow Leopard Trust in memory of 11-week-old cub, Nidara.

Back in June the staff took part in a friendly fundraising football match against a group from The Fellows pub in Dudley, with the zoo staff raising money for the snow leopard charity, while the pub staff played in aid of Kids, a charity which helps disabled children and their families.

DZG team captain and Ungulate keeper, Jay Haywood, said: “Although we didn’t win the match, we were delighted to raise so much money for The Snow Leopard Trust, with the Fellows team raising the equivalent for their chosen charity, all through generous sponsorship.

“Back in June when we played the match, our adorable snow leopard cub, Nidara, was still alive and delighting staff and visitors with her cheeky antics.

“This donation is now very poignant and the ongoing work of the charity even more important as they help to protect endangered snow leopards.” 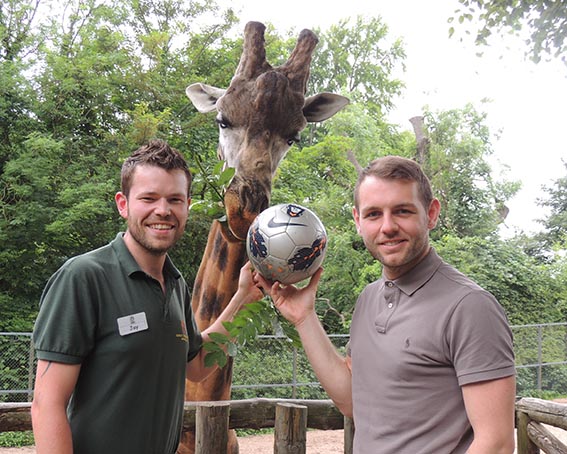