Our rainbow lorikeets and roul roul partridges are enjoying some healthy fruit kebabs this New Year. 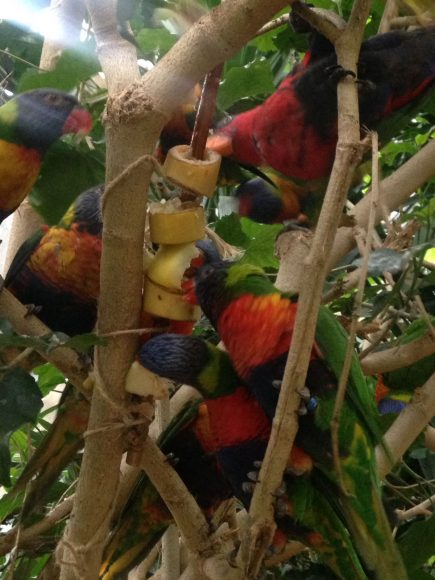 Trainee Keeper Dannielle Partridge made some tasty banana, apple and pear chunks skewered on sticks, which she hung in the walkthrough exhibit for the 25 lorikeets to discover – and when they did, they couldn’t eat them quick enough! 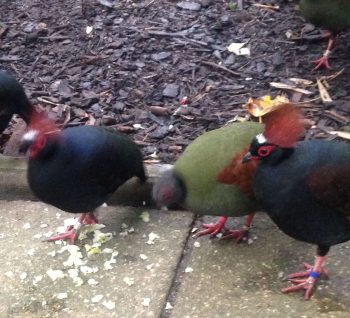 Dannielle said: “We’ve never given them the fruit kebabs out in the main enclosure before and I tied them to the trees first thing in the morning before letting the birds out.

“It took a while for them to spot the food, but once they did they were all flocking down and at one point I counted ten lorikeets eating off one kebab.

“They ate every piece of fruit and any bits they were dropping on the floor the roul roul partridges, who also roam freely in the exhibit, were enjoying their share, which is exactly what they’d do in the wild.”

Roul roul partridges are often found feeding on fragments of fruit dropped by wild pigs or feeding below trees where primates are feeding.