Three new sibling frilled lizards are on show in the Reptile House. 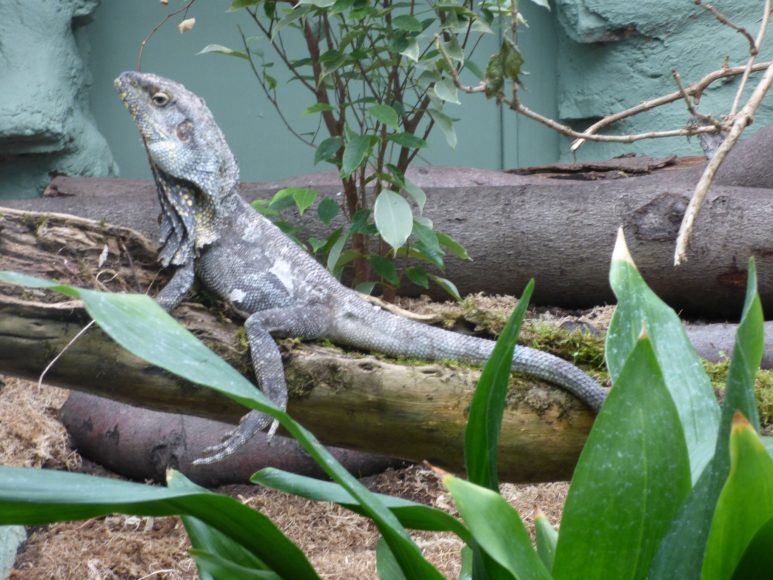 The female and her two brothers arrived from Drusillas Park in Sussex and have settled in to their newly revamped enclosure, which includes a moss 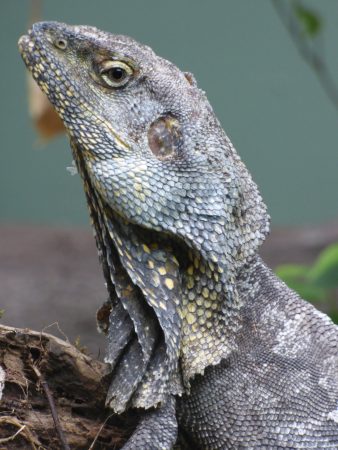 y base, lots of large logs to climb over, green foliage and a pool.

“We’re hoping to bring in more in the future, which will enable us to breed them.”

Frilled lizards, also known as frillnecks, are so called because of the membrane of skin around their necks that frills up and out as a warning if the lizard feels threatened.

To make themselves look bigger, the lizard will stand on its back legs and open its mouth wide to unfurl the colourful pleat and hiss at its predator

A member of the dragon family, the lizard is native to the tropical forests of northern Australia, spending most of their time in the trees.

A carnivorous species they feed on ants and small lizards.

In captivity they can live up to 20 years. 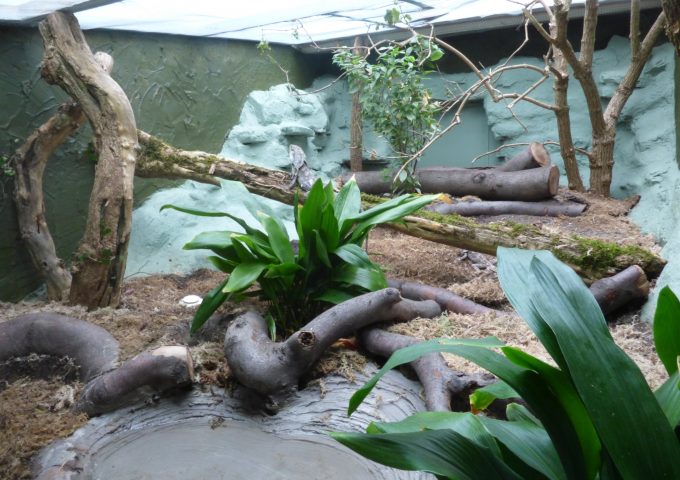