Oh la la! Keepers are hoping love is in the air for black and white ruffed lemur, Splitz, following the arrival of a female from France. 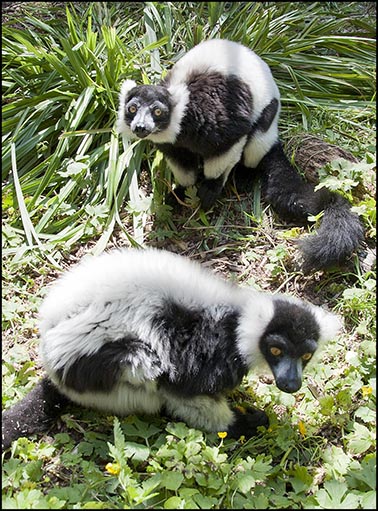 The mischievous lemur, who is well known for his light fingered antics in Lemur Wood stealing staff mobile phones, has left the walkthrough exhibit and joined Anna in the Small Primate House.

Anna is settling into DZG after relocating from the African Safari Zoo in South West France and keepers have their fingers crossed the pair will soon breed.

Head of Upper Primates, Pat Stevens, said: “Splitz was chosen to join Anna as he is our most genetically important black and white ruffed lemur.

“They already seem to be getting on well and are grooming each other, which is a really positive sign.

“Anna has quickly settled into her new home as has Splitz, although we always keep a close eye on our phones whenever we’re around him just in case he tries his old tricks again!” 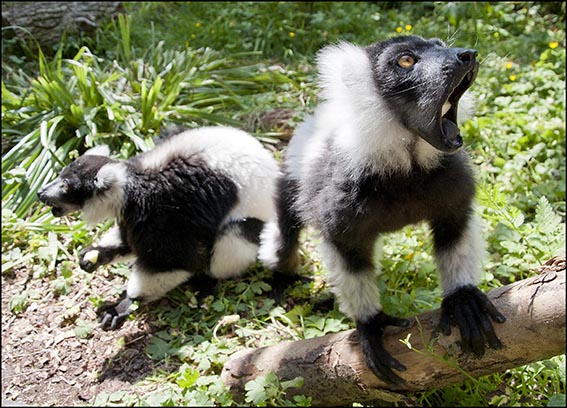