The farm barn has been boosted by four fluffy bunnies who have moved into a purposely built new home. 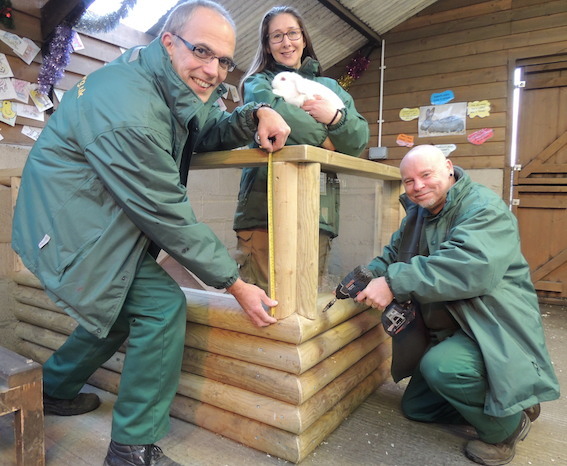 Twelve week-old Lionhead rabbit Jo, Mini lop sisters Snowflake and Snowball and Rex rabbit, Red Velvet spent their December days in the 11th century castle as part of Santa’s grotto, but have now set up a permanent home down on the farm.

Trainee Keeper, Chris Leeson, said: “The rabbits are already proving popular additions and when they’re older, we’ll use them in our meet and greet sessions, when visitors will be able to pet and stroke them.” 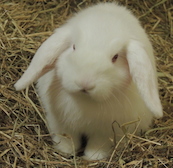 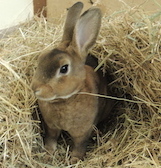 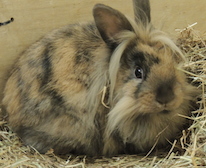 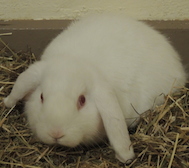 The foursome have set up home in their new enclosure, which has been designed and built by DZG’s maintenance men, Mike Grace and Paul Share, which features a wall of windows allowing our littlest visitors to peek easily at the new arrivals.

Chris added: “They’ve settled in really well and we’ve already discovered they love burrowing, so we’re putting lots of hay in there with them so they can snuggle underneath.”

Keepers named Snowflake and Snowball because of their white fur while Red Velvet received her moniker because of her velvet-like feel and Jo was named after Free Radio Breakfast show presenter, Jo Russell, who came on site to meet her namesake last month, with co-presenter, Sparky.

Previous: Look who’s one!
Next: Beating the winter chill