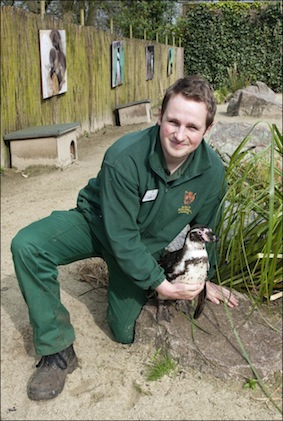 Two years after unveiling our £40,000 Penguin Bay exhibit our 60-plus Humboldts have become beach birds!

The colony’s juveniles have started to use the walkthrough’s beach section in their house hunt for the perfect abode to start families of their own.

Curator Matt Lewis said: “We knew it would take at least two breeding seasons for the penguins to start using the beach, so we had to be patient and wait.

“They’re very much a creature of habit and need time to get used to new things, but sure enough the younger birds have headed under the public walkways to explore the adjacent beach and find the empty nesting boxes to set up home in and we’re delighted to have already discovered some eggs in the boxes.”

Penguins pair for life and lay eggs in the same boxes year-on-year, so with most of the hillside nesting boxes already occupied by the older birds, it was left to the younger ones to discover the boxes on the beach.

Once an egg is laid, male and female Humboldts will share incubating duties for about 40 days and when the chick is born they will also share food-finding duties and will not leave the chick until it’s two-months-old. 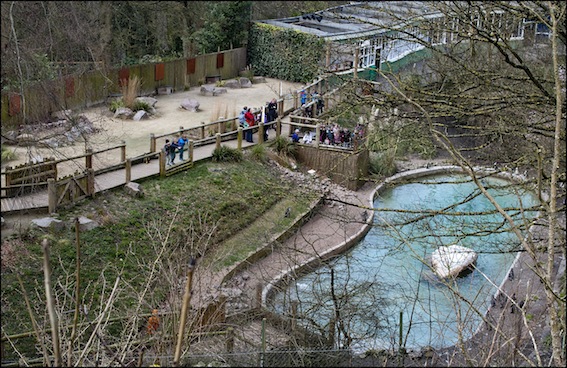 Matt added: “Although they’ve had access to the beach from the very beginning, they’ve now got double the space to enjoy and they’re really making use of it and visitors are enjoying spotting the birds wandering on the beach.

“It’s like they’ve got a brand new enclosure to explore.

“Bird keepers are finding raking the sand a  never-ending task, because as soon as it’s raked, there’s usually a penguin leaving footprints at the other end.” 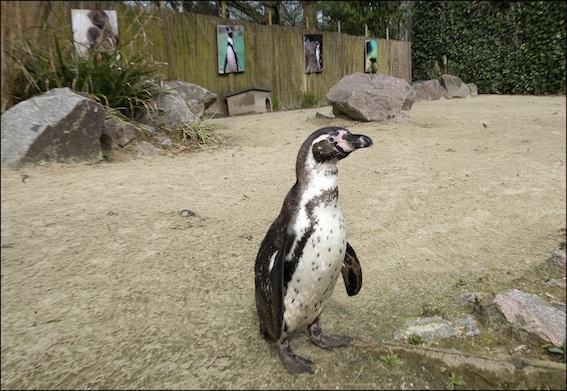 TOP: Bird Keeper, Luke Millar, with one of DZG’s Humboldt Penguins, on the beach in Penguin Bay.