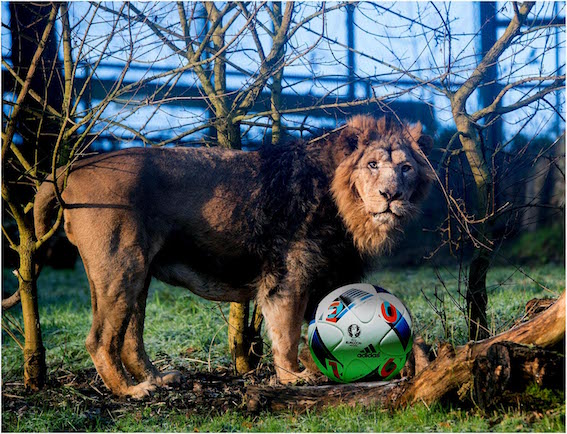 And as football fever gets set to grip the nation, Jetpur, Kyra and Asha have been enjoying some ball enrichment in their one-acre paddock ahead of the month-long tournament.

Media and Communications Officer, Rachel Hickman, said: “Keepers use balls of all sizes as enrichment toys for a variety of animals across the 40-acre site, from tennis balls in the meerkat enclosure, children’s plastic ball pit balls in the bat enclosure to the more robust bowling balls and giant-size heavy-duty plastic balls with our big cats. 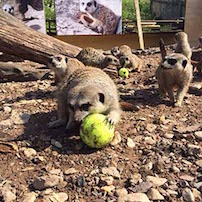 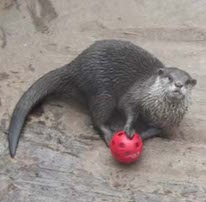 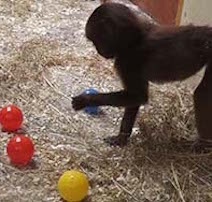 “It doesn’t matter what animal species they are, they all seem to love a kickabout with a ball, especially if keepers have filled the balls with treats which encourages them to use their natural hunting and tracking skills to get the food!”

But it’s not just the England team, who DZ’s animals are getting behind 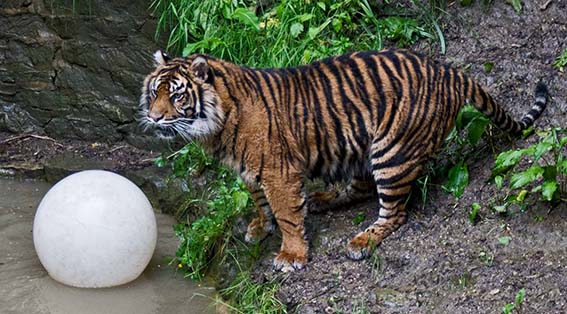 Tigers Daseep and Joao have paws crossed for GERMANY after the pair were born and bred there, with Daseep arriving from Wuppertal Zoo in 2012 and Joao from Krefeld Zoo in 2013. 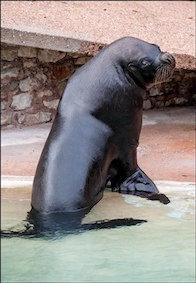 Sealions Oba, Marina, Tania and Deisy are supporting FRANCE, after Oba arrived at DZ from Marineland in Antibes last year, while the girls all transferred from African Safari, Plaisance du Touch, near Toulouse a short while after. 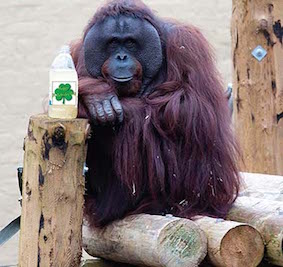 Orang utans, Benji and Jorong are raising a pop bottle to the REPUBLIC OF IRELAND, as they both came to DZ from Dublin Zoo. Benji arrived in 1996 and Jorong in 2008.

Gelada baboon Ebano is getting behind team SWITZERLAND. The 11 year-old arrived from Zoo Zürich in 2011.

Over in the lynx enclosure there’s divided loyalty with Dave and Daisy, who both arrived at DZ in 2012. 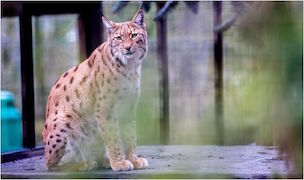 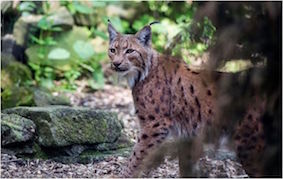 Dave is showing his support for AUSTRIA, after arriving from Salzburg Zoo, while Daisy’s a HUNGARY fan, after transferring from Zoo Veszprem.

And our Titi Monkey father and son pair, Ross and Frank, will be flying the flag for SWEDEN after they arrived at DZ from Skansen Aquarium, in Stockholm in last year.

The CZECH REPUBLIC have a fan in Splodge, our six-year-old white-faced saki monkey, who was born and moved from Zoologicka Zahrada Jihlav in 2013.

Rachel added: “Here at Dudley Zoo we’re proud to be associated with BIAZA  (British and Irish Association of Zoos and Aquariums)  and EAZA (European Association of Zoos and Aquariums) and are undertaking many international conservation breeding programmes, which involves matching and transferring animals from across the globe, particularly from European collections, so it seems we can fly the flag for numerous Euro 2016 teams!”