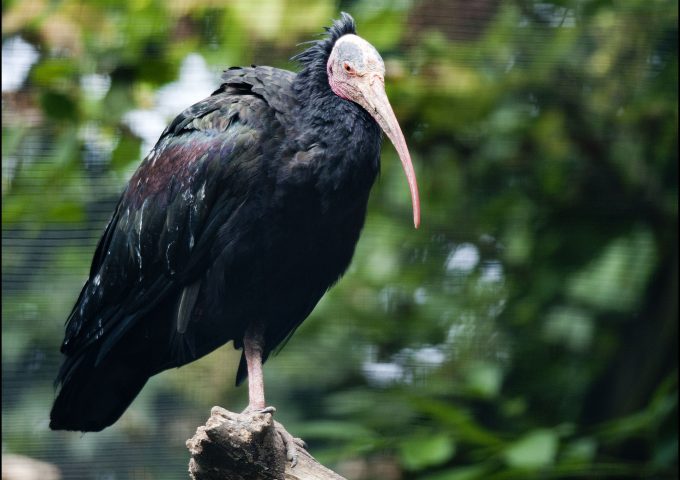 Three newcomers, also called Hermit ibis or Waldrapp ibis, came from Birdworld in Farnham, Surrey, and the other two from Amersfoort Zoo in The Netherlands.

They’ve joined the other ibis we already have on show at Dudley and have mixed in well.

Senior Bird Keeper Kriss Pearson said: “The northern bald ibis is a critically endangered bird so to strengthen our numbers of them is a very good thing.

“The birds have settled in well together and have got used to their new companions. They can appear plain black in poor light but on brighter days you can see their long and glossy feathers are a beautiful blueish-purple with a metallic green tone.” 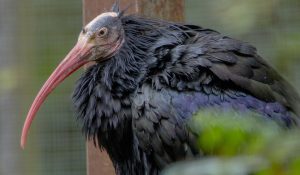 Although the plumage is similar, male birds are generally larger than the females and have longer bills. Pairs bond for life following a courtship in which the male displays with his crest and calls to the female.

There is a captive population of some 850 plus birds in European zoos in a managed breeding programme and this population is being used to provide young ibis for reintroduction to the wild. Wild populations also receive high levels of monitoring and protection.