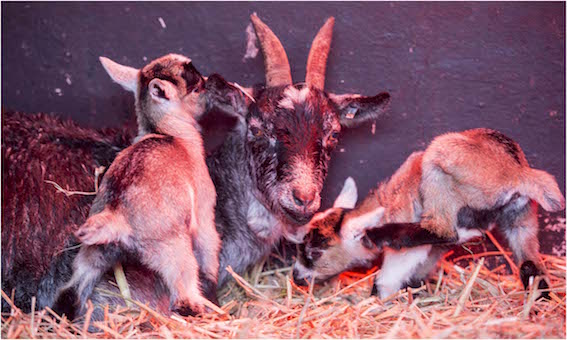 The gorgeous girls were born to first-time mum, Irma, a week ago and have been settling in to the farm barn, snuggling up under a heat lamp.

Senior Keeper, Lesley Lewis, said: “They are beautiful kids and have been feeding from mum well.

“They’re quite bold already and we’re hoping they’ll be able to go into the contact paddock when they’re a bit older, so visitors will be able to meet them as we’re sure they’ll be very popular.” 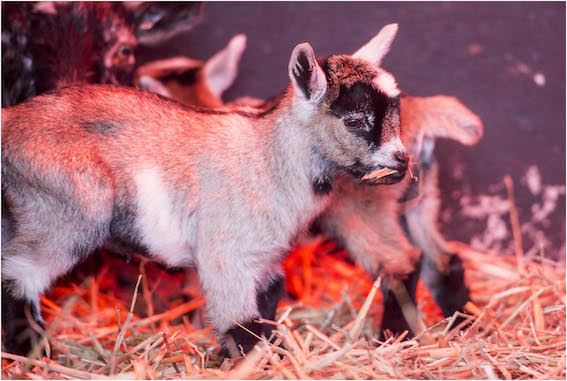 Three-year-old Irma arrived at DZG five months ago alongside one-year-old dad Oliver, after relocating from Rodbaston College in Staffordshire. 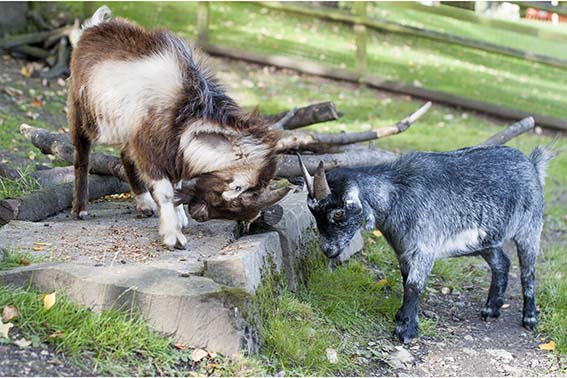 Gestation is five-months and newborn kids will nurse immediately.

They will begin eating grain within a few weeks and are usually weaned around ten weeks of age.

Previous: Leap Day all year!
Next: A snap decision