An eight year-old animal lover from Wolverhampton had a belated birthday present to remember when she became a Little Zoo Keeper for the Day. 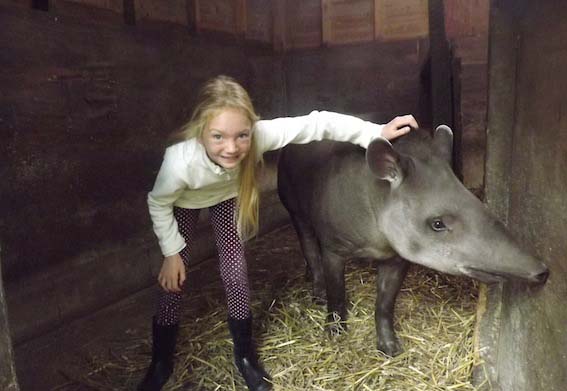 Fern Watkins visited DZG with her family earlier this year as part of her birthday celebrations, when she discovered she could get even closer to the site’s animals with a keeper experience.

Mum, Anita, promised she would book it as an extra treat and seven months later Fern arrived ready for mucking out duties!

Anita said: “Fern loved it and particularly enjoyed feeding the penguins, stroking and being photographed with the tapirs as well as holding the snake, ferret, lizard, chinchilla and guinea pig.”

Previous: DZG on Don’t Tell the Bride!
Next: Mealworm treats!