A grandmother from Spain wished DZG’s Santa Feliz Navidad’ after visiting him in his Winter Wonderland Castle Grotto. 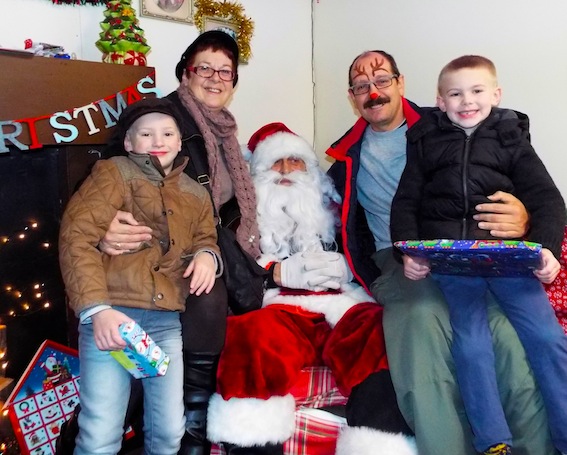 Diane Anderson was the first person to book tickets to the site’s festive grotto back in August and travelled more than 1,300 miles from Ibiza to bring her Black Country-based family, including her two grandsons, Mason Ward and Leon Adams, both aged six, to meet the man in red and see some of the rarest animals in the world as they enjoyed a trip around the site. 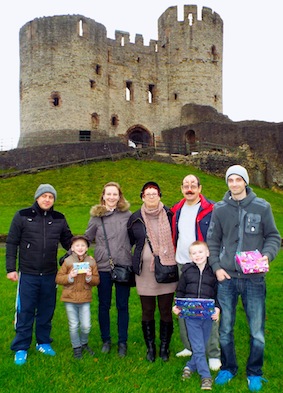 Diane, aged 55, who moved to the Spanish island 17 years-ago from Stourbridge, was also able to show her Ibizan husband, Pepe Colomar, the delights of DZG for the first time.

She said: “I absolutely love Christmas and to get the chance to meet Santa in his castle grotto at Dudley Zoo was absolutely magical.

“I used to bring my children, Michelle and Earl, to the zoo when they were young, so it’s great to come back with them now they’re older with their children and see all the changes that have taken place over the years and show it off to Pepe, who’s heard so much about the place, especially Dudley Castle, as he’s really interested in castles.”

During their trip the family also enjoyed the glow-in-the-dark puppet show in the 11th century castle’s undercroft, before making sure they paid visits to the 40-acre site’s critically endangered Sumatran tigers, Asiatic lions, meerkats and monkeys.

DZG Media and Communications Officer, Rachel Hickman, said: “It was a real pleasure to welcome Diane and her family to the grotto, particularly as she was the first person to book up this year and we’re delighted they had such a great day.”