DZG’s Russian-named meerkats Oleg, Sergei, Mikhail and Aleksandr are all set for kick off later after their own World Cup warm-up. 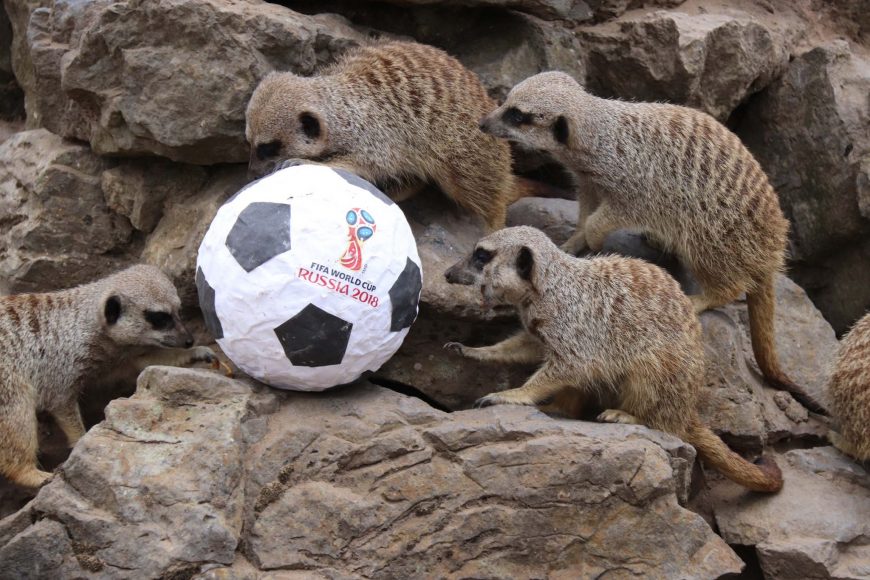 Keeper Josh Luxton popped a papier mâché ball, bearing the FIFA World Cup Russia 2018 logo, into the meerkat enclosure so the mischievous mammals could have a kick about ahead of the first whistle. 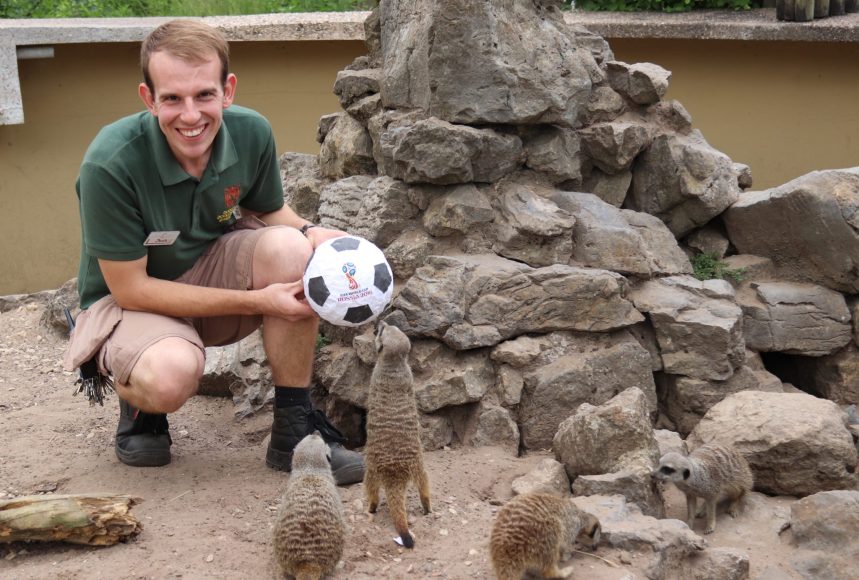 Josh said: “Football fever has been building at Dudley Zoo as our four meerkat midfielders Oleg, Sergei, Mikhail and Aleksandr and the rest of the squad enjoyed a tasty training session.

“As they rolled the football around their enclosure, dried mealworms dribbled out of a small hole at the back of the ball and they scored some tasty treats.

“The soccer practice was a fun World Cup warm-up and encouraged the meerkats to use their natural hunting and tracking skills to get the food.”

The four meerkats are named after some of the furry meerkat characters in the popular TV and cinema ads for comparison giant Compare the Market.

And our handsome male Brazilian tapir, Chico, wasn’t going to miss out on the action – as the opening day of the World Cup is also his 16th birthday.

He was given a ball-shaped present – made up of two hay-filled hanging baskets – which he nudged around the South American Paddock to release mouth-watering pieces of pineapple, kiwi fruit, melon and pomegranate.

Russia’s Group A clash with Saudi Arabia airs at 4pm this afternoon with England’s World Cup campaign kicking off in Volgograd on Monday, June 18. The final takes place in Moscow at the Luzhniki Stadium on Sunday, July 15.

Hope you had a ball Chico!

Previous: Terrific toddling!
Next: On the hoof art!