Farm keepers are extremely hoppy with their new-look rabbit benches! 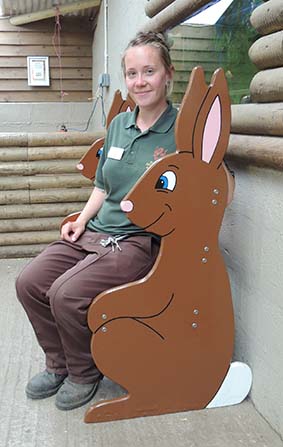 DZG Maintenance worker, Mike Grace, grabbed his paint pots and brushes and got to work to transform the worn-out benches in the Farm Barn.

The benches now look as good as new, with a bright red seat and brown rabbits either end.

Trainee keeper, Clare Westwood  pictured right  said: “The benches were originally all red coloured, but had been outside and well-used so were all faded.

“Mike took them away, sanded them down and primed them before painting and varnishing them.

“We all love them, as do the young visitors, so we have to take it in turns to sit on them!

“Mike has done such a great job transforming them.

Three pochard ducklings are getting lots of fuss down in the Farm Barn.

The three-week old trio are proving to be popular residents and are getting lots of admiring glances from visitors as they snuggle up together under the pen’s heat lamp.

When they are old enough, the ducks  pictured below  will join the rest of the water birds in the pool at the top of the zoo site. 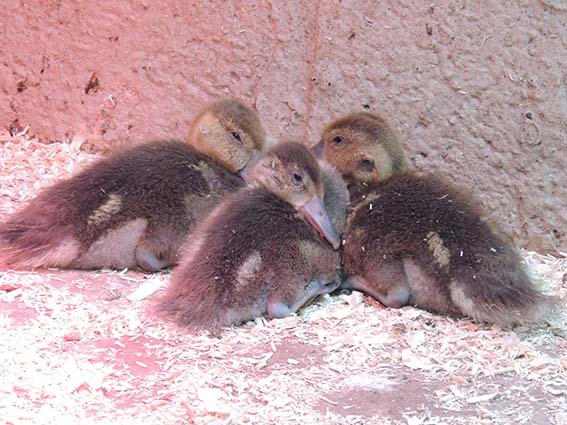 Bird keeper, Ben Vanes, said: “This is the first time the female has hatched a chick all by herself. She usually abandons the eggs and we’ve had to step in and incubate them ourselves, but mum and baby seem to be doing really well and we’re delighted with their progress.”

Previous: What an adventure!
Next: Icy treats in soaring temperatures