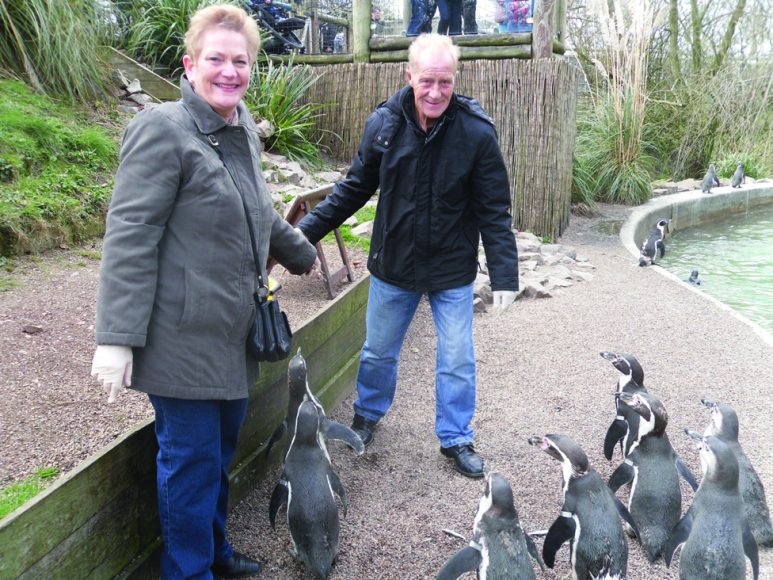 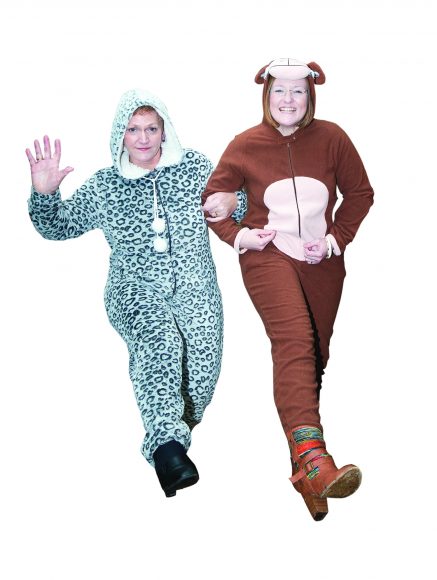 If you’ve called DZG to book an animal experience, party, event, adoption, school visit or to simply make an enquiry over the last decade than you’ve probably spoken to Pat!

And after so many years manning the zoo’s main phone line, she’s heard it all… especially around April Fools’ Day when she takes calls for the likes of Mr G Raf, Elle Fant, Mrs C Lyon and Barbara Sheyp.

On one April 1st alone she tallied more than 300 calls from April Fools’ Day jokers!

Pat, who’s retiring alongside husband, Steve – pictured above, when they both recently became DZG Keepers for the Day, said: “The job has changed so much since I started, but it’s been varied and you never know what call you’re going to answer when the phone rings.

“I’m going to miss the people and the animals, but Steve and I are going to become zoo members, so we’ll definitely come back and visit.”

Zoo Director, Derek Grove, said: “Over the years Pat has got to know the business well and knows most of our regular members by name.

“She’s been a great member of the office team and makes a lovely cup of tea!

“She’ll be much missed and we wish her well for her retirement.”