Read all about it! Today’s Express & Star features a colourful piece on how Zoo Director Derek Grove made working at Dudley Zoo a family affair. 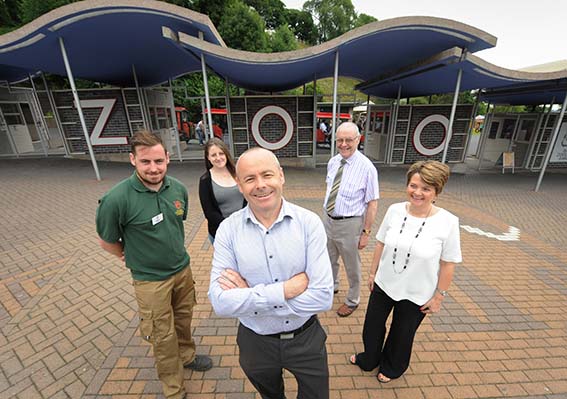 Since joining as a keeper in 1980, two of his children have followed in his zookeeping footsteps, he met his wife at DZG and even roped his retired dad into various jobs on the 40-acre site.

Derek said: “We are a close-knit family and were delighted when the Express & Star wanted to feature our family links with Dudley Zoo.

“The photo shoot was fun. One of our black and white ruffed lemurs wanted to make sure it got in the family portrait and jumped through the air as the photographer took our picture!” 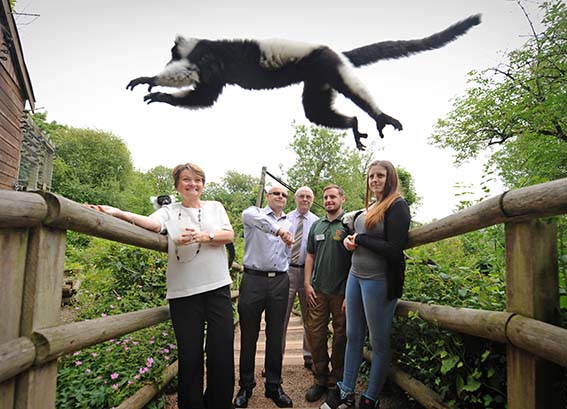 CAPTION: One of DZG’s leaping lemurs gets in on the act (Express & Star)

Derek’s daughter Cerys joined DZG as a student keeper in 2006 but has since left to run her own pub in Swindon.

His oldest son Sam was recently promoted to Senior Keeper after starting his keeping career with us in 2009.

Derek’s wife Lynne started in the offices in 2000 and is now Office Manager.

And after retirement, his dad David carried out a number of roles at the zoo including train driver, Santa and testing electrical equipment on site.

For the full story  See page 8 of today’s Express & Star.

Previous: Thanks for the thank yous!
Next: Grrr-eat expectations for Global Tiger Day!