Look out for a couple of familiar faces on tonight’s episode of the Channel 4 documentary series The Secret Life of the Zoo! 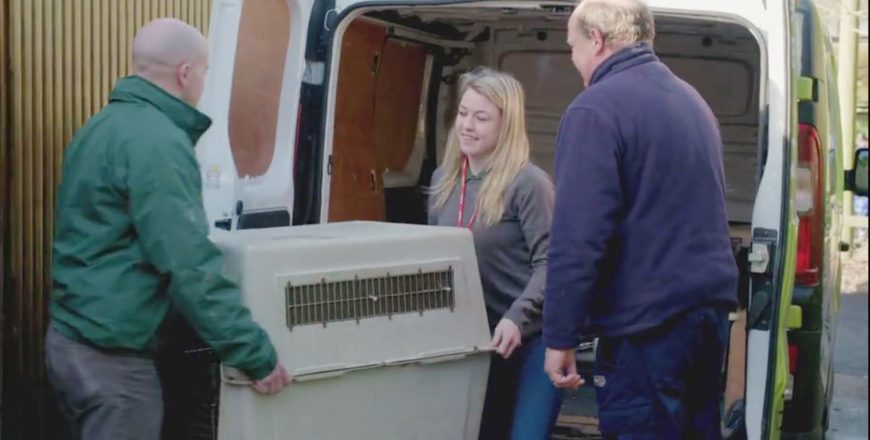 DZG Curator Richard Brown and Senior Primate Keeper Jodie Dryden have a small starring role in the programme, on at 8pm, which looks at life behind the scenes at Chester Zoo.

The pair were filmed delivering 10 of our Humboldt penguins to Chester at the start of the year and, at the same time, were collecting five naked mole rats, so we could introduce them to our collection.

The penguins were delivered in special crates in pairs and the mole rats were brought back in a tank covered in polystyrene to keep them warm.

Jodie said: “It was a complete surprise to find the film crew on site when we arrived but it’s great to be involved in such a wonderful programme.

“It’s also nice for viewers to see how zoos work together and what is involved when we share animals.”

Jodie said as the penguins were unloaded they were weighed and given a health check by Chester Zoo staff and had new identity bands attached. And she said the naked mole rats got very special treatment on the way back to Dudley.

She added: “Mole rats are very sensitive creatures and don’t like loud noises and need to stay warm. We travelled back with the van heater on full blast and with the radio turned off to take good care of the precious cargo.”

The Secret Life of the Zoo is a hugely popular TV series capturing the remarkable behaviour of the animals at Chester Zoo.