Keepers have an extra head to count in this year’s census following the birth of a gelada baboon. 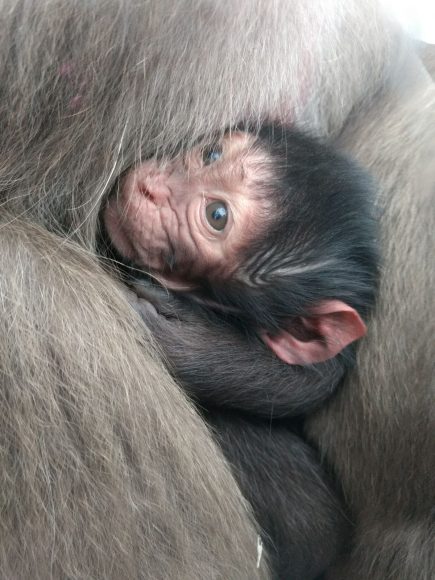 The baby was born on December 21 and is the second baby for 11 year-old Addis, who is also mum to three year-old Billie.

Visitors can already spot the youngster closely tucked up to mum in their award-winning half-acre natural hillside enclosure on the lower zoo site, which is home to dad, Ebano, aged 13, females Jimma and Tana and youngsters Ambo and Gimbi.

Primate Keeper, Jade Reddall, said: “We’re delighted that the latest addition to our Baboons on the Bank arrived just in time to be officially counted in this year’s census.

“Addis is an experienced mum and is doing a fantastic job with her newborn and is also making sure her eldest son, Billie, isn’t feeling left out either with the baby, as we’ve spotted her giving him plenty of cuddles too.” 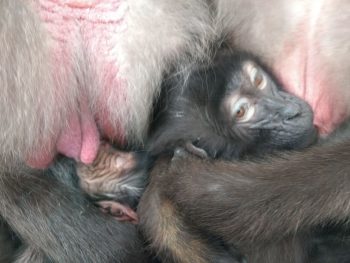 Gestation is usually around six months and mothers will carry the baby on their stomach for the first few weeks, before transferring it to their back. The youngster will begin to gain more independence around five-months-old.

This week keepers are busy with the annual audit, which involves counting every animal we have on site. The census forms part of the licensing requirements of all UK zoos and wildlife parks.

Previous: Stocktake’s underway!
Next: And the winning project is…