Our tapir family and capybaras have been given access to our former kangaroo enclosure after the marsupials hopped to a bigger bachelor pad. 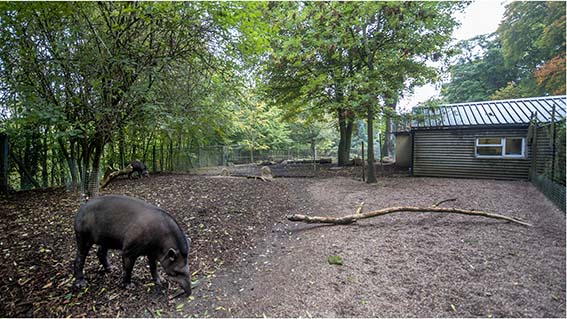 The paddock for the zoo’s seven capybara  the world’s largest rodent  and our three adorable Brazilian tapirs has been extended after Western greys Lou and Harold moved to a larger enclosure.

Now keepers have opened up the former kangaroo home to merge it with the existing tapir and capybara enclosure  giving family Chico, Meena and five-year-old Ronnie and the rodents much more space.

Section Leader Jay Haywood said: “We have combined the two enclosures to give our capybara and tapirs a wonderfully big space.

“The keepers carried out the work themselves to join the two enclosures and adapt them to suit the needs of the new residents.”

Work included putting mesh around the trees in the enclosure to protect them from damage.