Visitors can explore the restored Bear Ravine as we’ve opened up public access. 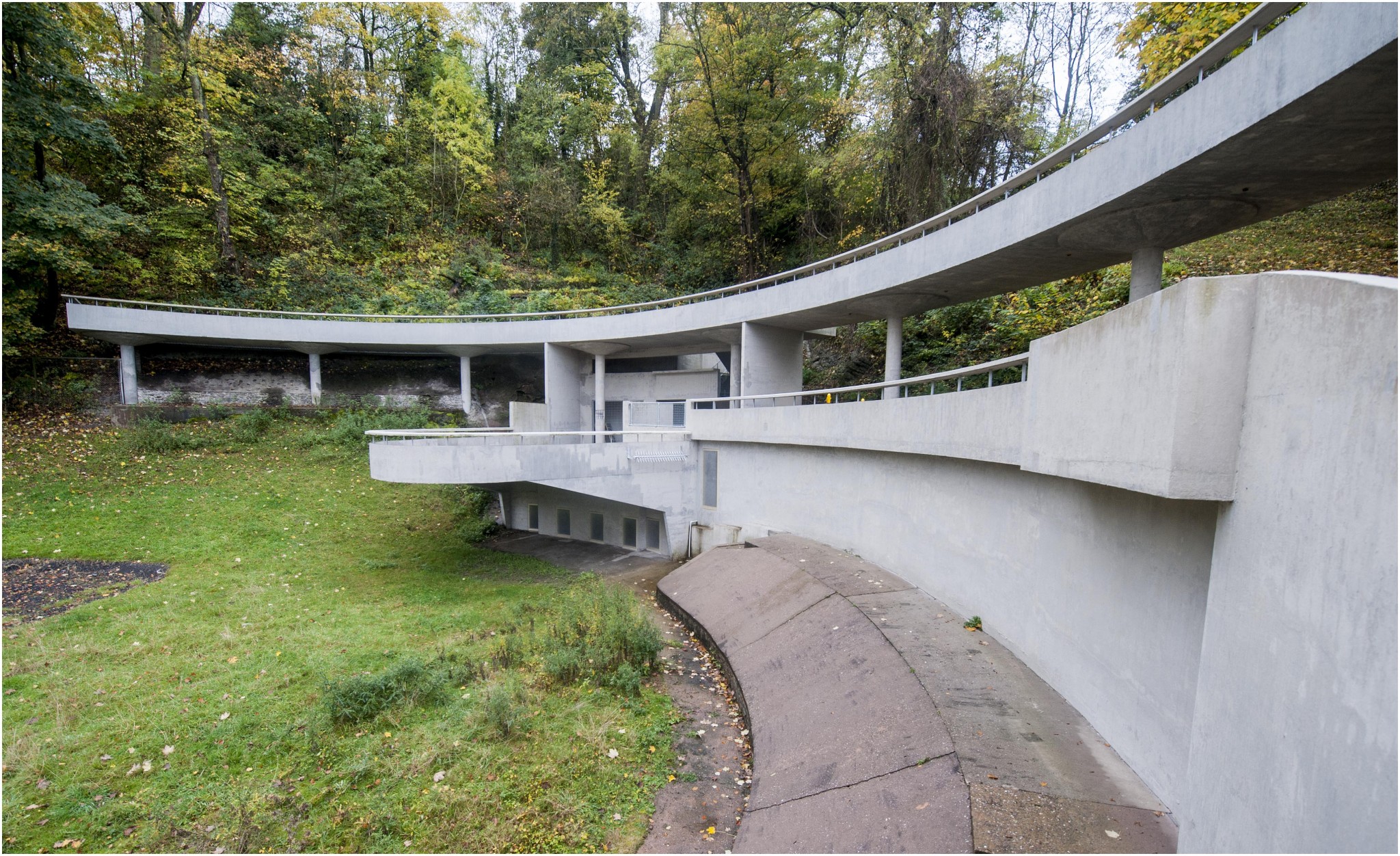 The ravine on the lower section of the zoo was brought back to its former 1930’s glory as part of a Heritage Lottery Funded project.

Initially listed as under threat by Historic England back in 2009, following restoration work, the building watchdog removed the impressive enclosure from the at risk register in 2015.

And now visitors have the chance to see the curvy concrete structure up close.

Zoo Director Derek Grove, said: “The ravine has been closed for quite a while, but we’ve carried out tarmacking work to eliminate trip hazards and opened it up to visitors to explore.

“As well as getting the chance to see how we’ve restored Lubetkin’s work, it also allows the public to see the lower part of the zoo from a different angle.”

The ravine was purpose built to house brown bears and we’re aiming to bring back the species in the future.

We’ve got plans in the pipeline to reintroduce European brown bears to the ravine and build new indoor dens separate to the Tecton, which are no longer fit for modern day husbandry.

As part of the project we’d also build a large climbing frame and extend the enclosure to include some of the rear bank.

The project is one of three proposals we’re currently canvassing opinion for from supporters.

Visitors who add a donation to their entrance fee will be given a token to have their say on what project we should focus on next year.

As well as the bears, the other projects include adapting the chimp enclosure to enable us to bring in males to the all-female group and extending the tiger enclosure.