We’ve got exciting news about our Dudley Zoo badger family  – we’ve got babies!

Chris, pictured below said: “We think this could be one of their first ventures out of the sett, so they must be around eight or nine weeks old by now.

“And the mum has prominent teats, which shows she’s still feeding the babies herself and probably hasn’t started to wean them yet, as that doesn’t usually start until they’re 12 weeks old.”

The stripy black-and-white-mammals are just some of the native species who share our 40-acre site with the exotic animals.

As well as the Eurasian badgers, we’re also home to a variety of bats and wild bird species, as well as insects, pond life and small mammals. 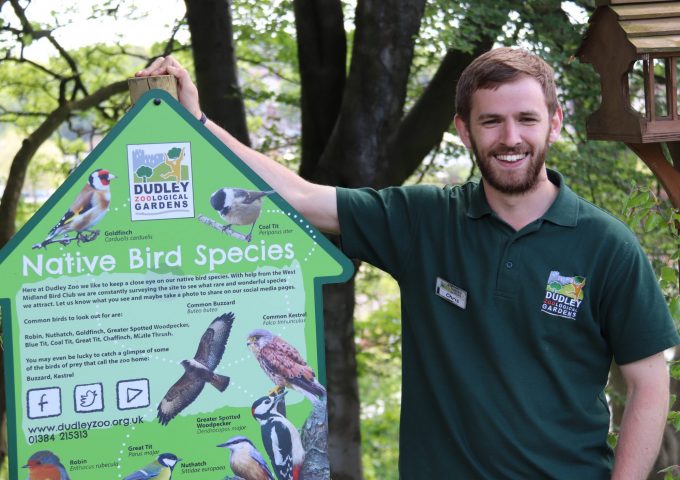 During your next visit to DZG make sure you check out our colourful native species signage dotted around the zoo site, where you can learn more about the conservation work we’re doing.

Previous: Peepo! We see you!
Next: From Madagascar to DZG!