Every creature counts in DZG’s annual census and with more than 1300 animals and 200 species the start-of-the year event can bring count-in chaos for keepers.

Totting up lions, tigers and giraffes takes minutes  but 60-plus penguins, 30 free-roaming lemurs and hundreds of very sticky stick insects prove more of a challenge for staff.

Throughout the coming week keepers on every section will be taking stock of each animal across the 40-acre site as part of an annual audit completed by all UK zoos and wildlife parks as a requirement of the Zoo Licensing Act. 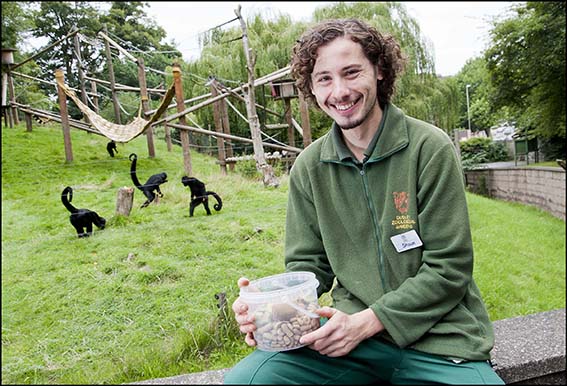 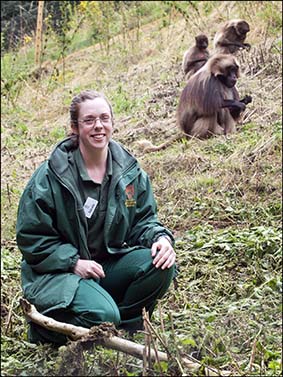 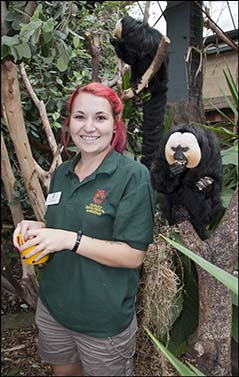 DZG CEO Peter Suddock said: “Data keeping is so much easier than it used to be when we relied solely on paper records and is now a part of a zoo registrar’s weekly tasks.    “Records are updated from information provided by the keepers who are very familiar with their stock as they work on that section every day.   “The census is really just a confirmation exercise and provides a round-up of the year-end, but it always poses a few problems when it comes to stick insects as not only do they move around as staff are attempting to count them, but they also have a camouflage habit of clinging to keepers’ clothing usually just out of reach on backs and shoulders!   “DZG is home to the UK’s largest colony of parent-reared Humboldt penguins and with 66 constantly moving birds sharing the pool and beach, the annual headcount can take time.” 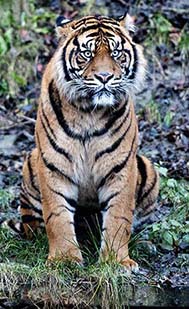 He added: “The census is an important requirement of the Zoo Licensing Act and can take quite a time to complete, particularly on the invertebrates and amphibian sections, but there’s a great sense of achievement when it’s done for another year.”

This year’s count-in been boosted by the arrival of one of the world’s most rarest species, a male Sumatran tiger, Joao, pictured left, plus a baby boom of Barbary sheep and reindeer and a variety of vulnerable species including Fen raft spiders (right).

Previous: Happy New Year to All!
Next: Best ever grotto numbers!